Minister for European Integration Jadranka Joksimovic stated today that the European Union will finance 112 projects through the EU PRO programme, the total value of which is €2.5 million.

At the presentation of this programme held at the Serbian government, which was attended by some of the grant winners, Joksimovic pointed out that this is concrete assistance from the EU, which will contribute to economic development and reduction of regional inequality in Serbia.

She recalled that the first invitation to participate in the EU PRO programme was made in 2018, and that this is the second one, to which 550 companies have responded.

The Minister stated that EU PRO is being implemented in cooperation with the UN Office for Project Services (UNOPS), noting that the least developed or underdeveloped municipalities are supported through that programme, primarily in southeastern and southwestern Serbia.

I am glad that regional development agencies are involved in these projects, because that is the essence of Serbia's reform path through the process of European integration, Joksimovic underlined.

She pointed out that 555 companies responded to the call, and that 112 received funds for business development, primarily in the production of clothing, food, furniture, wood processing, and for sustainable business at the national level, which will be encouraged with new equipment and export capacities.

Joksimovic expressed satisfaction with the fact that out of the total number of grant beneficiaries, almost 35 percent are women, company owners.

According to her, that will contribute to the economic empowerment of women, especially in rural areas, but also raise the level of their inclusion in economic flows and provide them with additional financial security.

Head of the UNOPS Office in Serbia Michela Telatin noted that the non-refundable aid to companies should improve their competitiveness and sustainability and lead to the creation of new jobs. 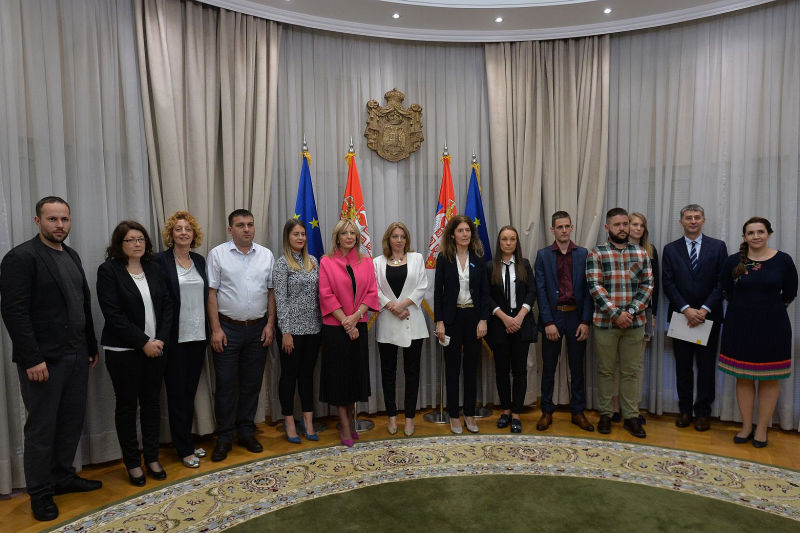