Construction of State Data Centre in Kragujevac goes as planned

Prime Minister Ana Brnabić visited today the construction site of the State Data Centre in Kragujevac, together with Director of the Office for IT and eGovernment Mihailo Jovanovic and Mayor of Kragujevac Radomir Nikolic.

The construction of this key facility for further development of eGovernment is being carried out in accordance with the planned dynamics, and in the coming months the Centre is expected to open for state administration and local self-government, as well as commercial users.

At the initiative of Prime Minister Brnabic, who set digitalisation as one of the priorities of this government and with whose tremendous support, a decision was made to build and establish the State Data Centre in Kragujevac as a project of importance for the Republic of Serbia, which represents an infrastructural milestone in eGovernment and ICT development in Serbia.

After visiting the construction works, a Memorandum of Understanding was signed with NVIDIA in the field of artificial intelligence.

“Today, after having established cooperation with Microsoft, Oracle, IBM, Huawei and Nutanix, we have also signed a Memorandum of Understanding with NVIDIA on the establishment of an artificial intelligence (AI) platform. This Memorandum expresses a common interest in cooperation aimed at establishing the national AI platform of Serbia. The Office for IT and eGovernment will work to establish an AI platform based on high-performance computers and, together with NVIDIA, shall develop a special capacity improvement plan necessary for building one of the fastest AI supercomputers in Southeast Europe, while NVIDIA will provide support to startup companies, trainings for the improvement of technical and applied AI knowledge, as well as joint research in order to create additional value”, Jovanovic said.

Speaking about the need for hiring new staff members, Jovanovic pointed out that from the point of view of the State Data Centre in Kragujevac, there will be a need for 30 highly qualified staff members in the field of IT, mechanical and energy engineering.

“When it comes to commercial users, however, we expect that the additional need for IT professionals who would work on the development, implementation and maintenance of large commercial user systems will possibly amount to hundreds. This certainly means that Kragujevac will not only become one of the most important ICT centres in Serbia, but in the region as well.”, the Director of the Office said.

The construction of this State Data Centre will enable much faster and more efficient development of eGovernment services. The goal of the Government of Serbia and the Office is for all eGovernment services to be available on mobile phones and for citizens not to have to visit public administration counters at all, which is expected to take place in the upcoming two to three years.

The State Data Centre in Kragujevac will have a capacity of almost 1,200 rack cabinets and will be 5 times larger than the Data Centre in Belgrade. It will include 2 facilities covering an area of about 14 thousand square meters. The Data Centre is designed according to the highest technical standards and is ready to meet the highest reliability standard TIER 4. It will possess a high coefficient of electricity utilisation efficiency and will therefore be in the range of efficiency of the world's largest data centres. 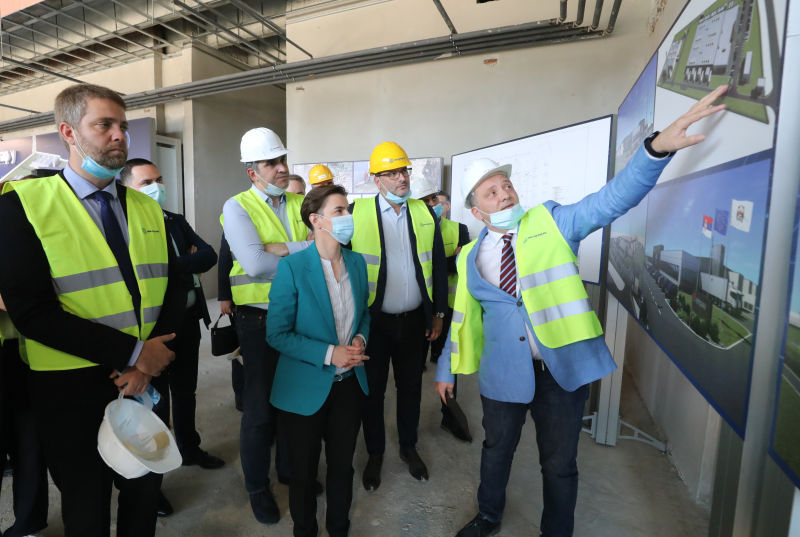