Minister for European Integration Jadranka Joksimovic spoke today with Ambassador of Italy to Serbia Carlo Lo Cascio about the accession of Serbia to the EU, the upcoming elections, dialogue between Belgrade and Pristina and about the activities of the two countries on the elimination of consequences of the pandemic.

Joksimovic underlined that Serbia and Italy added a new dimension to the relations they have built so far on the political and economic level, a dimension of high solidarity in challenging times for the citizens of both countries.

She recalled that Italy first sent aid to Serbia after the catastrophic floods in 2014, and then Serbia responded with a shipment of medical equipment at the end of April this year.

We contributed together, as two close European nations, to citizens’ better understanding of European solidarity in action and how important it can be to each individual, the Minister underlined.

Lo Cascio described the gesture of the Serbian government as a sign of great friendship with citizens of Italy, which is a true indicator of European solidarity as one of the fundamental values of the EU.

He confirmed that Italy will continue to actively support Serbia’s accession to the EU, advocating a consistent implementation of key elements and principles of a credible EU enlargement policy.

The two officials also spoke about the activities of the Serbian government on the improvement of election conditions and both sides expressed expectation that the upcoming elections will pass in a good, democratic atmosphere.

They also discussed the Belgrade-Pristina dialogue and Serbia’s engagement to date on the stability and cooperation in the region. 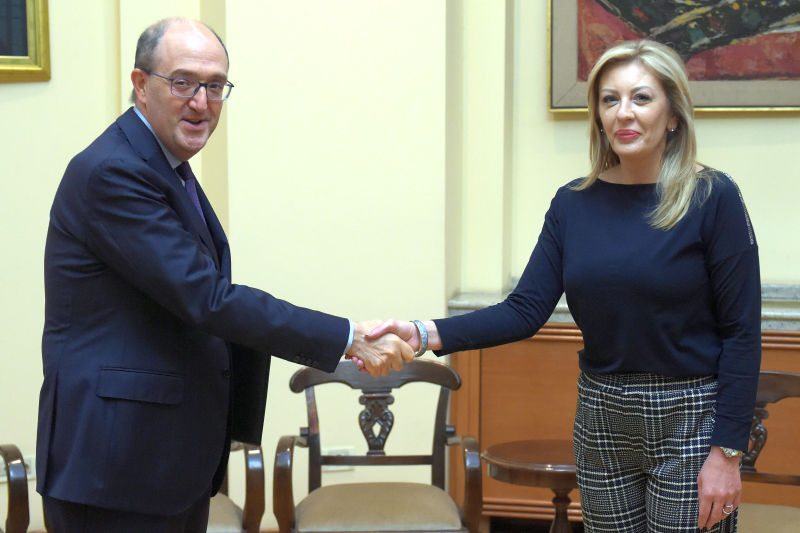