ITU is a UN agency responsible for the issues related to information and communication technologies, and at the same time the oldest global international organisation that coordinates the development of telecommunications and digitalisation at the level of all UN member states.

Speaking about the development of digitalisation in Serbia, Brnabic said that Serbia’s telecommunications market is highly competitive and that there is a race among providers to obtain customers.

This resulted in a high rate of coverage with 4G technology, which now stands at 99.5% households with at least one mobile provider, and most with all three, the Prime Minister explained.

She underlined that these figures helped Serbia to become a leader in the region and ahead of some European Union countries, and added that the job is not finished yet and that the government's vision is an inclusive gigabit society by 2025.

Answering the question why the government believes in the development of the broadband network and its impact on economic growth, Brnabic pointed out that Serbia has a strong digital society and that rapid digital transformation is changing our economy fast.

The ICT sector contributes with 5.3 percent to the country’s GDP and we are witnessing steady growth year after year. At the same time, the export of ICT is the largest in the region and is growing by at least 20% a year, the Prime Minister specified.

Creating an internationally known and growing base of engineering talents and providing the most competitive taxation of companies in Europe help us create a new brand for Serbia - a modern country that is attractive to young people, entrepreneurs and investors, Brnabic said. 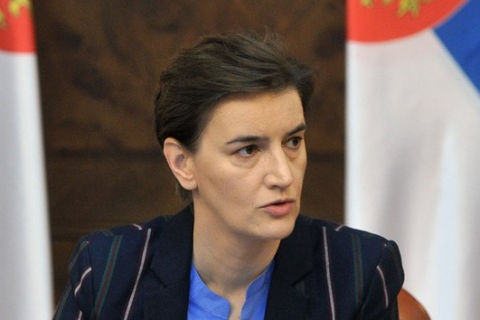