Prime Minister Ana Brnabic said today that the government and the Rio Tinto, in continuation of their cooperation on the Jadar project, are jointly seeking a potential strategic partner to open a factory in Loznica for manufacture of electric batteries or electric cars.

Brnabic explained during the visit to the company in Loznica that the third partner would use lithium and everything from the Rio Tinto's chemical plant as the basis for a further, final product, which should boost the overall Serbian economy.

We are in the process of reaching specific meetings with certain companies, she said, and added she is convinced that today we are much closer to Rio Tinto's investment decision to build a chemical plant.

Both for Loznica and for this region, this will mean that we have a plant that will be 2.6 km in length and 1.6 km in width, which is 20% larger than the current Pancevo refinery, she said.

The Prime Minister said that this is an end of an important phase, but also a continuation of the next steps.

This is a potential that is important not only for Loznica, but for the whole country, she said noting that Rio Tinto's project has already put Serbia on the world map and can really change our country.

She stressed that Serbia is most likely ahead of three important events, the first being the relocation of Rio Tinto's research centre from Australia to Serbia.

The second thing is the beginning of the construction of the plant, the start of which can be expected by the end of 2021, and the third thing is finding a third partner, she said. 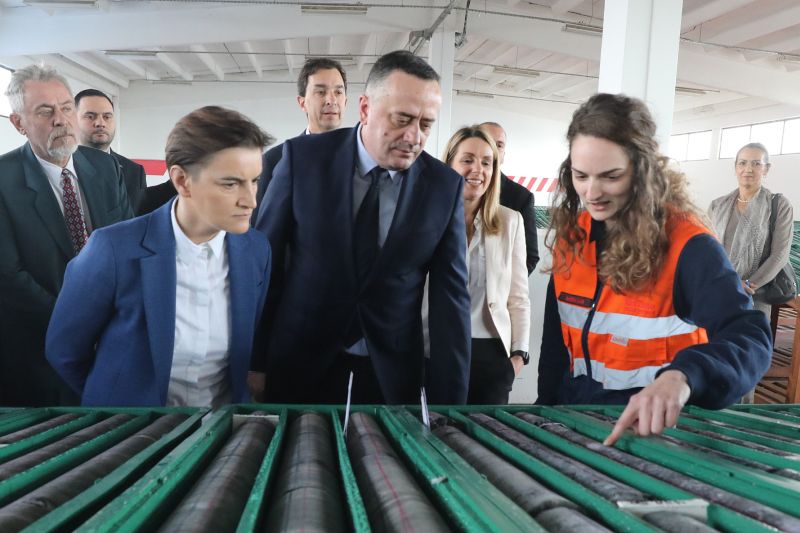