Prime Minister Ana Brnabic chaired today the sixth session of the IT Entrepreneurship and Innovation Technologies Council, at which a report on the activities implemented last year was presented, along with plans for 2020.

At the session it was pointed out that the exports in the ICT industry last year were almost double in relation to 2016 when the Council was founded and that the final results for 2019 are expected to show exports of over €1.4 billion.

It was also concluded that the surplus in 2019 in the exchange of ICT services is the biggest among all other goods and services from Serbia and that it contributes with almost 0.6% to the growth of GDP, which represents 15% of the total growth.

Brnabic underlined that during the previous two years the government’s priority has been the promotion of incentives, creation of conditions for a good business environment and the development of start-up entrepreneurship.

The following have been identified as the most important project areas for the current year– the construction and improvement of innovation infrastructure, investments in human capital development and the creation of conditions for competitive environment for innovation and technology companies.

One of the goals for the current year is the introduction of informatics from the first grade of elementary school though subject “Digital World”, which includes the areas of digital society, safe use of digital devices and algorithmic thinking.

A set of support measures to teachers of informatics is also envisaged, the most important of which are the scholarships for future teachers during their studies and bringing lecturers from the world of business.

The creation of a new master’s study programme of national importance in the field of IT, programming, data analysis, organisation and arts is planned

According to the Prime Minister, the government adopted several strategies in the field of innovation technologies, including the Strategy for the Development of Artificial Intelligence in the Republic of Serbia from 2020 to 2025, which is already being implemented.

She stressed that a smart specialisation strategy and industrial development strategy are under preparation and are expected to be adopted soon. They should create the necessary conditions for the development of the economy and business environment and for the strengthening of the innovation sector.

According to Brnabic, the main task for this year is the expansion of broadband Internet, which will cover approximately 600 towns and villages, or 90,000 households. 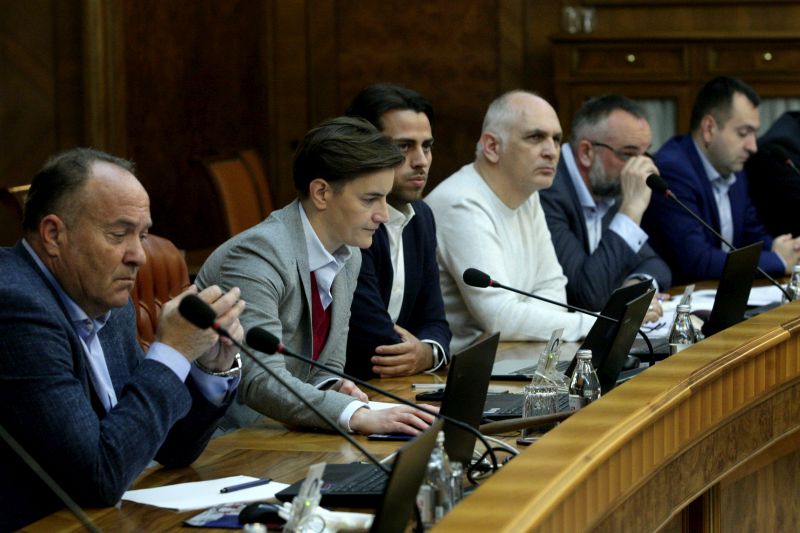