Prime Minister Ana Brnabic chaired today the third session of the Coordination Council for eGovernment, at which it was concluded that the public administration reform and the introduction of eGovernment is one of the areas where the greatest results have been achieved.

The confirmation of good results in recent months has come from reputable international institutions, which praised Serbia in its independent reports.

A report by SIGMA, a joint body of the European Commission and the OECD recently presented in Belgrade, confirmed that Serbia has advanced in 5 out of 7 indicators compared to 2017 when it comes to providing services to citizens.

The SIGMA report points out that Serbia is a regional leader in this field "with great ambitions to compete with the best in the world".

Equally important is the report of the USAID Economic Development Programme, which covered 1,000 small and medium-sized enterprises, and according to its results, as many as 72 percent of businesses operating in Serbia say that transparency and business predictability have increased in the last year.

As many as 74 percent of respondents from SMEs say that public administration is more efficient today than it was a year ago.

The latest opinion poll conducted by the Swiss programme "SVIS PRO" shows that almost every other citizen of central Serbia (about 45 percent) today considers that local government takes care of its citizens.

Nine years ago, that percentage was only 22 percent.

This research showed that, in the opinion of the citizens, the registrar’s offices in charge of issuing birth, death and marriage certificates work the best.

All these reports indicate that progress in public administration reform has been achieved primarily through the introduction of eGovernment. Serbia not only has ambition, but also has the capacity to be among the leaders in this field. eGovernment allows us to be available to citizens and businesses 24 hours, 7 days a week, 365 days a year. We have laid the groundwork, and now we have to move even faster, Brnabic underlined.

At the session which was attended by representatives of state administration and local self-government bodies, academic community, NALED, UNDP, the British Embassy, the EU Delegation to Serbia, as well as representatives of the economy, the proposal of the eGovernment Development Programme in the Republic of Serbia for the period from 2019 to 2022 was presented.

The priority projects in the field of digitalisation of the administration in the coming period were presented.

This is, first and foremost, the spread of high-speed Internet throughout Serbia, as well as the construction of the State Data Centre in Kragujevac as strategic infrastructure that will enable the development of new eGovernment services and increase the security of the stored data.

Among the priorities is the development of the Central Population Register, the Address Registry, the Metaregister and the Register of Administrative Procedures, and then the work on the new eGovernment Portal which will enable all citizens to have all eGovernment services in Serbia in one place.

One of the priorities is electronic archiving and development of the information system e-Records Management Office, which will significantly accelerate the process of sending and receiving documents to the state administration and local self-government, the completion of the Unified Education Information System project that will enable monitoring of all data throughout education, completion of education and employment, and development of the Social Security Card information system.

Major projects include continuing and further improving the automatic exchange of ex officio data between public administration bodies, with the aim of further simplifying and speeding up administrative procedures for citizens. 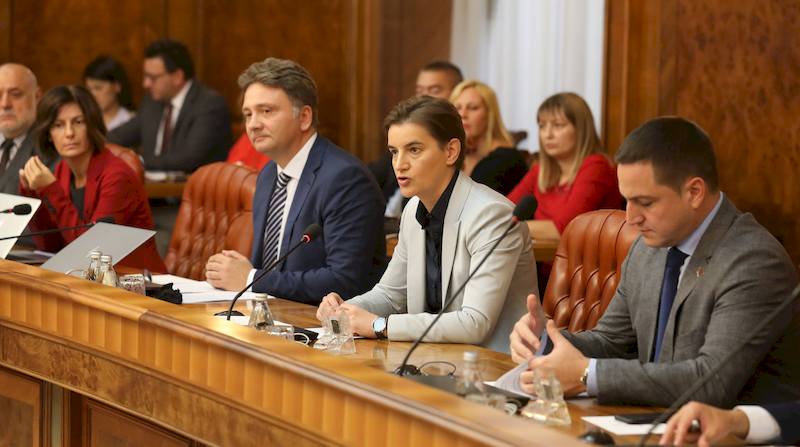