Still more than half of citizens favour EU

The Ministry of European Integration announced today that it conducted a survey in early July, showing that 53% of Serbian citizens support our country's membership in the European Union.

The statement said that opinion polls "European Orientation of Serbian Citizens" show that if there was a referendum tomorrow with the question: "Do you support the accession of Serbia to the European Union?", 53% of Serbian citizens would vote for, 25% would vote against, while 10% would not vote at and 12% would not know.

A total of 1,050 respondents older than 18 participated in the survey that was designed according to the Standard Eurobarometer.

Minister for European Integration Jadranka Joksimovic said that this survey also showed stable support of citizens for European integrations, since in 2018, in June and December (55%), these answers were almost identical to those in the last round of research.

She pointed out that the stable and majority support of citizens to the European integration process and our country's path towards EU membership was contributed by the promotion and systematic work on reforms, regional development policy, sustainable development, as well as good planning and preparation for the use of European funds and cross-border funding. cooperation.

Citizens' support for reforms is, as in previous years, very high. Of the total number of respondents, 68% believe that the reforms necessary for our country's accession to the EU should be carried out regardless of the course of European integration, for the sake of citizens' welfare and the creation of a better and orderly Serbia.

When it comes to development assistance to Serbia from 2000 to the present, 23% of respondents recognized that the EU is the largest donor to our country. According to citizens' perception, China is ranked second with 22%, Russia with 20% and Japan with 9%.

One in three Serbian citizens has heard of an EU-funded project, most notably environmental (17%) and health (13%).

Official figures show that between 2000 and the end of 2016, the EU and its Member States, with €4.31 billion in grants, were the largest donors, contributing significantly to Serbia's development. 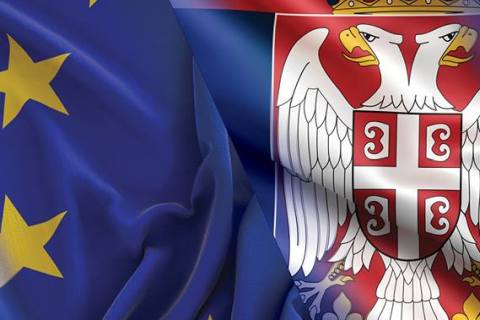