The Republic of Serbia became the 23rd full member of the European Organisation for Nuclear Research CERN, it was decided yesterday in Geneva, where the anonymous resolution was made.

With Israel, Switzerland and Norway, Serbia is the fourth non-EU country, and is a full member of this prestigious scientific organisation. Serbia has become a permanent member, and not all EU members have joined CERN yet. The closest permanent membership is Slovenia, which has the status of an associate member, as Serbia previously had.

Full membership allows students and professors from Serbia to conduct world-wide research in Serbia, and that our economy participates on a larger scale in projects in CERN.

In addition to raising the quality of scientific research, access to the latest scientific equipment and technologies, and transferring experience and knowledge, membership in CERN will affect the prevention of brain drain from Serbia.

Our researchers will equally participate in all CERN competitions, from funding projects of scientific excellence, regular summer schools for students and graduates, doctoral and postdoctoral scholarships, to financial support for scientific specialisations.

The Serbian economy will have a significant benefit from membership, given that our companies will be able to participate in all tenders announced by CERN and thus compete equally with world-class companies.

Permanent membership in the European Organisation for Nuclear Research will be an additional incentive to empower domestic science. From 1 January 2019, the Science Fund will be launched, which will enable competitive financing of scientific research and a better connection of science and economy.

Membership in one of the world's most prominent scientific organisations is the result of the continued efforts of the Serbian government to develop science and modernise education in Serbia, set by the Prime Minister as its priorities at the start of the mandate. In September, Brnabic visited CERN's headquarters in Geneva and presented reforms that the government is implementing in the field of science and education. 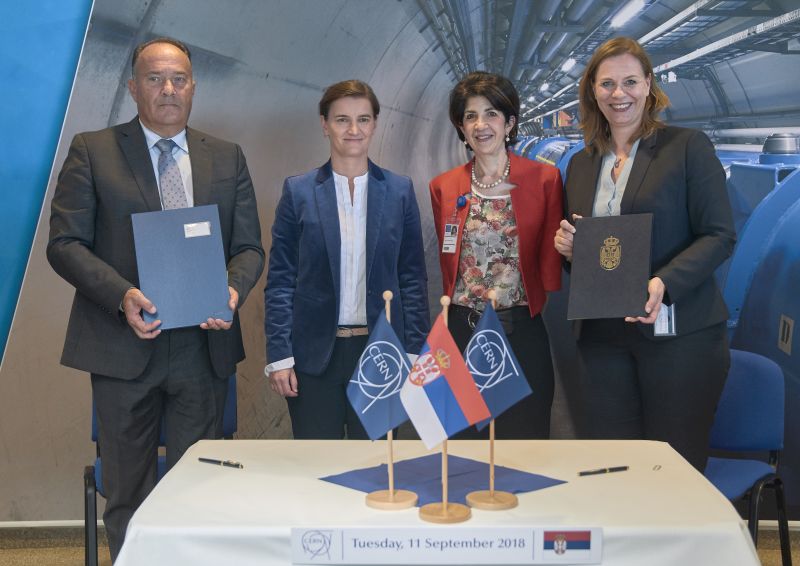