First Deputy Prime Minister and Minister of Foreign Affairs Ivica Dacic said today that Serbia and Iran are celebrating 85 years of diplomatic relations, and that the relations between the two countries are at a high level.

At a press conference at the Ministry of Foreign Affairs after the meeting with the Iranian Foreign Minister Hossein Amir Abdollahian, Dacic pointed out that in the first 10 months of this year, the trade exchange was $55 million, but that it can be improved in the following period.

According to him, cooperation between the two countries can be improved in culture, education and many other areas.

This year, Serbia awarded 18 scholarships for students from Iran who want to study in Serbia, said Dacic.

He thanked the Minister of Foreign Affairs of Iran for that country's principled stance on Serbia's territorial integrity.

Abdollahian pointed out that the cooperation between the two countries is good and expressed the hope that Iran will soon host the President of Serbia, Aleksandar Vucic.

He stated that Iran supports all peaceful measures taken by Serbia regarding Kosovo and Metohija.

The Minister of Foreign Affairs of Iran mentioned that Iran is ready to help Serbia when it comes to energy commodities, if Serbia makes such a request. 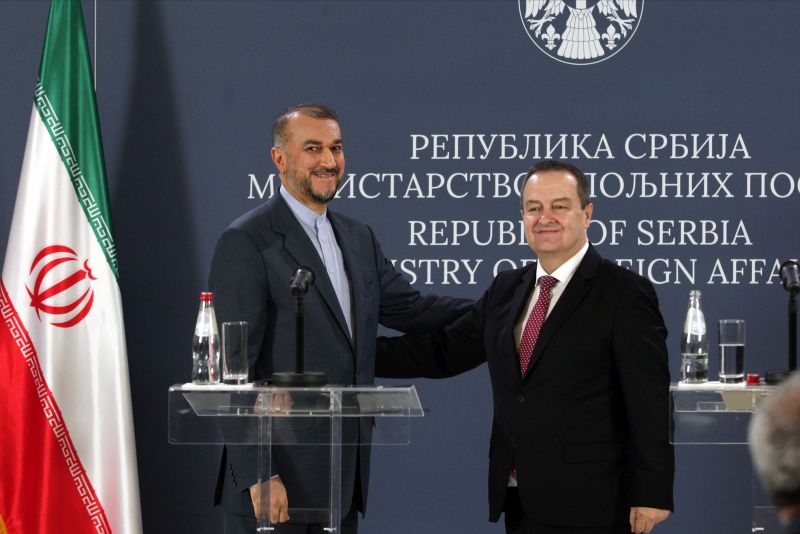