First Deputy Prime Minister and Minister of Foreign Affairs Ivica Dacic met with US Under Secretary of State for Political Affairs Victoria Nuland on the sidelines of the OSCE Ministerial Meeting in Lodz, Poland.

The interlocutors discussed the state of bilateral relations between the two countries and agreed that work should be done to intensify the political dialogue.

Dacic pointed out that the strategic dialogue between Serbia and the USA, proposed by our side, would send a strong message to Serbia and its citizens about current relations, and at the same time, our bilateral dialogue would get a clearer structure.

When it comes to the issue of Kosovo and Metohija, the First Deputy Prime Minister underlined that Serbia is ready to consider all initiatives coming from international representatives regarding the normalisation of relations between Belgrade and Pristina.

Belgrade remains fully committed to the dialogue, but insists that all obligations from the agreements reached so far be implemented, because otherwise participation in the dialogue loses its meaning, the First Deputy Prime Minister underlined.

Dacic also expressed gratitude for Washington's continued support for our path to full membership in the EU, which is one of Serbia's priority foreign policy goals and our strategic commitment.

However, he noted that Serbia is opposed to the progress of Serbia's European integration being linked to progress within the dialogue with Pristina, bearing in mind that progress in the process does not depend exclusively on our side.

The interlocutors agreed to work on strengthening regional peace and stability, and pointed out that Serbia's constructive approach to all regional issues is conditioned by economic interests and progress, as this can only be achieved within a stable environment, for which additional American investment would be significant, according to a statement of the Ministry of Foreign Affairs. 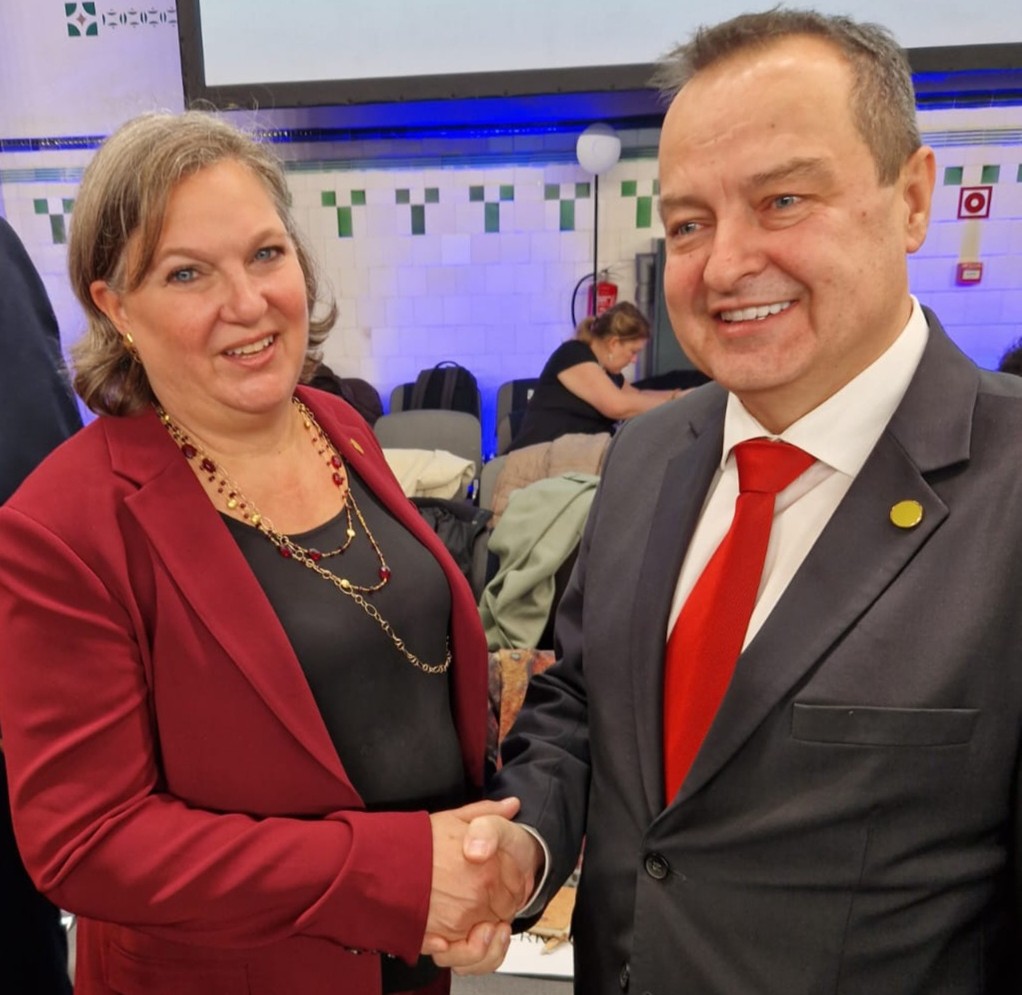