Deputy Prime Minister and Minister of Mining and Energy Zorana Mihajlovic said today that Serbia is working to improve relations with the United States of America (USA), assessing that the conclusion of a strategic partnership agreement would further strengthen the economic and political ties of the two countries.

In the Serbian Parliament, where she spoke at the "America Days in Belgrade" conference, Mihajlovic said that bilateral relations between Serbia and the USA, which have lasted for 141 years, show that during that period there were more shining moments that contributed to the friendship and partnership of the two countries than misunderstandings.

The Deputy Prime Minister pointed out that Serbia belongs in the European Union, which is the goal of our country, as well as the goal of a strategic partnership with the USA, and we should work on that, adding that our ties are unbreakable, regardless of how many ups and downs we have had.

When everything is taken into account, there were many more great moments in the relations between the two countries - when the Serbian tricolour flag was flying on the White House, the rescue of American pilots in Operation Halyard, or like all the economic and friendly ties between the two nations throughout history, she said.

According to her, a lot has changed in recent years because Serbia's opinion is respected and there is support in political and economic relations.

Serbia has agreements or declarations on strategic partnership with the Russian Federation, China, France, Italy, UAE, Azerbaijan, Hungary and Egypt. Why not have them with the USA, with which it has had bilateral relations for 141 years, and not only because of the more than 25,000 employees in companies in Serbia that exist thanks to American investments, but also because the times we live in can help friendships to become stronger, Mihajlovic stated.

She pointed out that this time brings numerous challenges both in the fight against climate change and when it comes to gender equality, but also the energy transition.

We founded the Serbian-American Friendship Congress only four years ago, but we tried to do a lot to make the friendship and partnership of the two countries and peoples visible and to constantly improve relations and do everything to crown our cooperation with a strategic partnership agreement, Mihajlovic concluded. 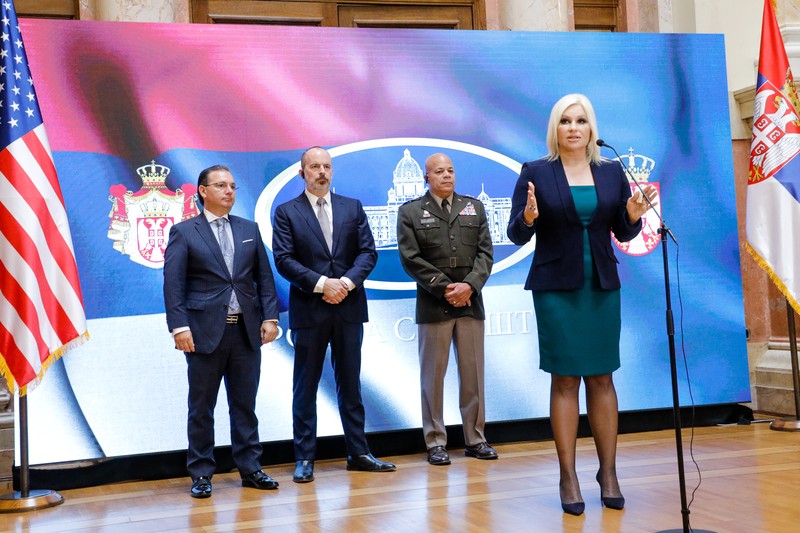