Improving cooperation with US in all areas of common interest

Deputy Prime Minister and Minister of Defence Nebojsa Stefanovic spoke today with US Congressman Michael Turner, who is on an official visit to Serbia, about the cooperation between the two countries in the field of defence.

Stefanovic said that this cooperation is on an upward trajectory, following the improvement of overall bilateral relations, stating that a significant segment of cooperation consists of joint trainings of the armed forces of Serbia and the USA, which contribute to the exchange of experience and knowledge and raising the level of operational capabilities of the Serbian Armed Forces.

The interlocutors agreed that the successful cooperation of the Serbian Armed Forces and the Ohio National Guard is one of the key levers of cooperation in the field of defence, and at the same time expressed determination for its further improvement, especially in the military and military medical fields, as well as through the cooperation of engineering units.

The Deputy Prime Minister also pointed to the importance of US donations to the Serbian defence system, which in the last ten years amounted to more than $47 million, and among the last ones in the series are BearCat G3 armoured vehicles for the needs of the Military Police, diving equipment for the 72nd Special Brigade, a 64-slice scanner and a mobile x-ray machine for the Karaburma Military Hospital.

Stefanovic and Turner also discussed the possibility of establishing the first cooperation between members of the two armies in the peacekeeping mission in Sinai.

Highlighting the good cooperation of the Serbian Armed Forces with KFOR, the Deputy Prime Minister recalled its role and importance in preserving the security of the Serbian people in Kosovo and Metohija, but also the unilateral moves of the temporary Pristina institutions.

Turner said that he appreciates the role of Serbia and President Aleksandar Vucic in preserving peace and stability in the region, and pointed to the contribution that good cooperation in the field of defence made to the development of the overall relations between the two countries.

He also expressed the expectation that in the coming period it will be improved in all areas of common interest. 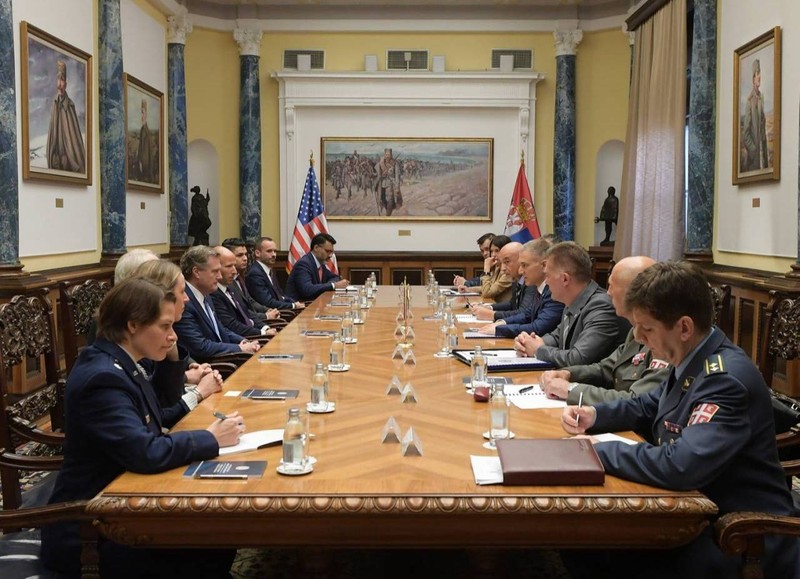