Serbia resolved to build society of equal rights for all

Minister of Human and Minority Rights and Social Dialogue Gordana Comic stated today that our country will not give up on its commitment to building a society with a culture of human rights and the rule of law, in which everyone will feel completely equal.

At a reception on the occasion of the International Day Against Homophobia, Biphobia, Interphobia, and Transphobia, organised by the Office of the Council of Europe to Serbia, EuroPride 2022 Belgrade and the French Embassy to Serbia, Comic underlined that this is a goal of the government and the will of Serbia’s population.

French Ambassador to Serbia Pierre Cochard pointed out that homosexual, bisexual and transgender people are victims of harassment and torture, and often murder, all over the world, and that a large number of these acts go unpunished.

He said that on the occasion of the International Day against Homophobia, Biphobia, Interphobia, and Transphobia, France decided to symbolically raise the EuroPride 2022 flag at its embassies.

Deputy Head of the Council of Europe Office in Belgrade Nadia Cuk pointed out that Serbia has made great progress in the fight against discrimination and respect for human rights, and that it will be the first country in the Balkans to host EuroPride. 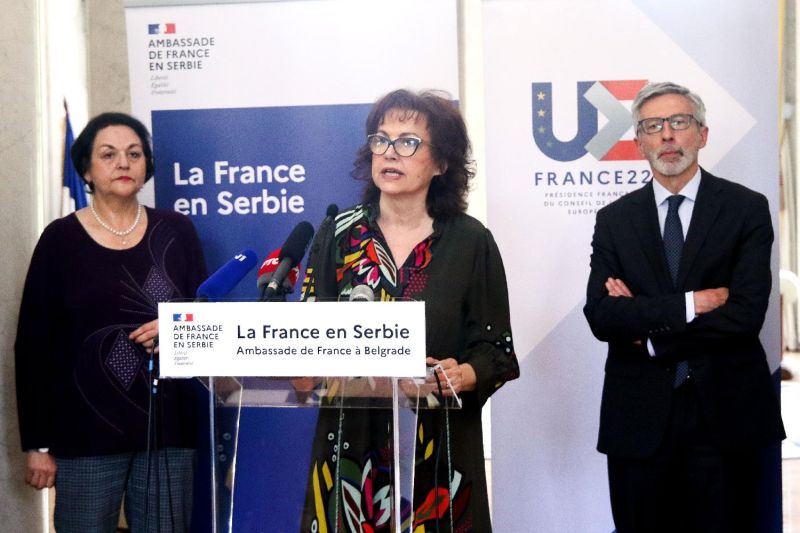