President of the Republic of Serbia Aleksandar Vucic, Prime Minister Ana Brnabic and Speaker of the Serbian parliament Ivica Dacic attended today the demonstration of power of the Serbian Armed Forces in exercise Shield 2022 at the Colonel-Pilot Milenko Pavlovic military airport in Batajnica.

Deputy Prime Minister and Minister of Defence Nebojsa Stefanovic, Chief of the General Staff of the Serbian Armed Forces General Milan Mojsilovic, Minister of the Interior Aleksandar Vulin and Serbian member of the Presidency of Bosnia and Herzegovina Milorad Dodik also made a tour of the equipment and weapons.

On that occasion, Vucic assessed that huge progress had been made in equipping the Serbian Armed Forces in previous years, and announced that an agreement with France on the purchase of "six plus six", i.e. 12 new Rafale fighter jets is expected to be made at the beginning of next year at the latest.

He said that talks are expected to begin with Great Britain too on the possible purchase of 12 to 14 Typhoon planes.

The Serbian President added that the purchase of several types of fighter-bombers, such as the Chinese L-15 is also considered, however, negotiations with the Chinese side on that topic have not started yet.

Part of the Air Force and Air Defence, the Army, the 72nd Special Operations Brigade and the 63rd Parachute Brigade took part in the power demonstration exercise.

The Chinese middle-range defence system FK-3 and modernised unmanned aerial vehicle Pegaz were shown to the public for the first time. 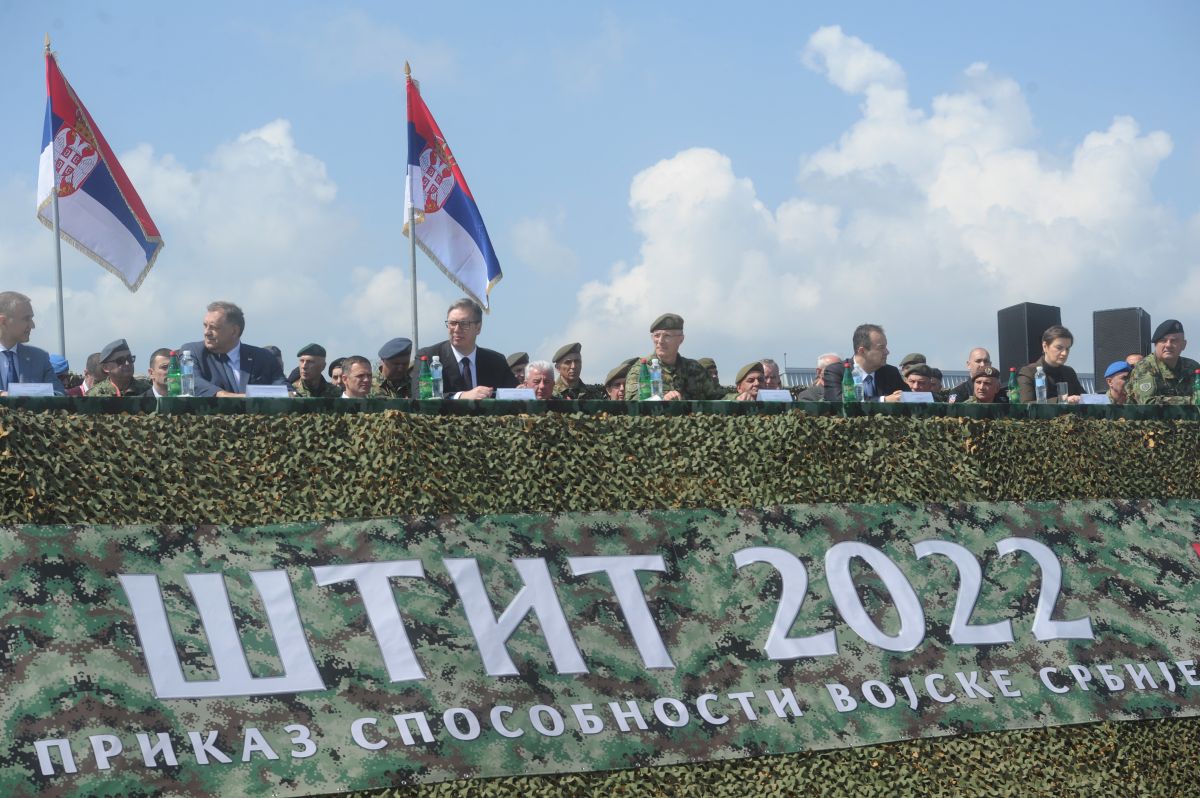