Minister of Foreign Affairs Nikola Selakovic stated in Budapest that the high level of cooperation between Serbia and Hungary, two friendly and fraternal states which mark the moments of the most developed relations in their history, has been once again confirmed.

After talks with Hungarian Minister of Foreign Affairs and Foreign Trade Peter Szijjarto, Selakovic said at a joint press conference that the establishment of a strategic partnership is the crown of rapidly developing relations which are a true example of good neighbourly cooperation and future orientation.

He also referred to a number of infrastructure projects in the field of railways and energy that have been launched between Serbia and Hungary.

We expect that for the first time this year, the level of trade exceeds €two billion. For us, when it comes to EU members, Hungary is the third largest partner after Germany and Italy, but with a tendency of constant growth, Selakovic stated.

The Serbian Minister of Foreign Affairs expressed his gratitude to Hungary for its firm and undoubted support for Serbia's European path.

The fact that Hungary is promoting Serbia everywhere as a key country in the Western Balkans, in terms of political stability, economic development and influence on peace and stability in the entire region, is something that is extremely important for us, underlined Selakovic.

Szijjarto stated that the relations between Hungary and Serbia can be characterised as friendly, from which both nations benefit, and emphasised the importance of cooperation between the two countries in combating illegal migration, adding that Hungarian police officers participate in protecting Serbia's southern borders.

He expressed satisfaction with the intensification of economic cooperation with Serbia, noting that trade has increased by 39% so far this year, and that the value of Hungarian investments in Serbia is growing. 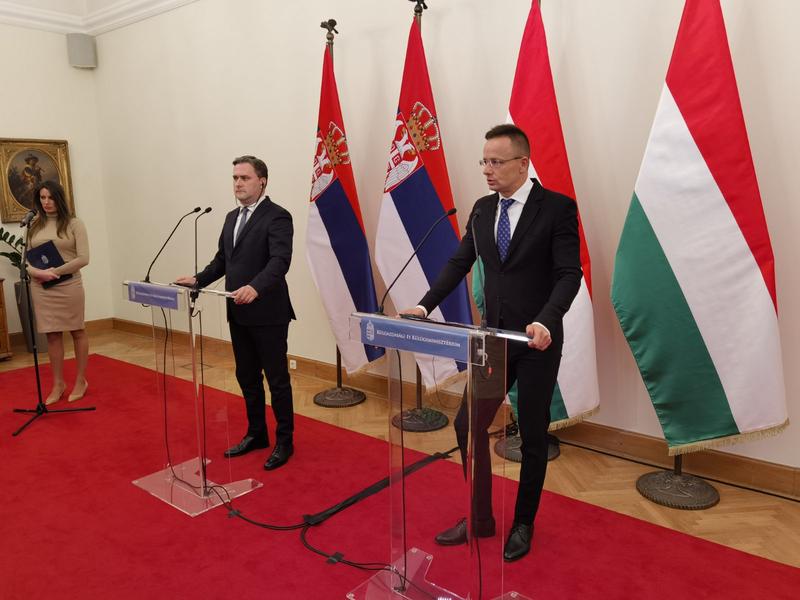