Minister of Foreign Affairs Nikola Selakovic met today with President of the General Assembly of the United Nations, Abdulla Shahid.

Selakovic congratulated Shahid on today's speech at the commemorative gathering on the occasion of the 60th anniversary of the first conference of the Non-Aligned Movement (NAM), noting that the values ​​and goals of NAM largely coincide with the priorities of the UN.

According to Selakovic, Serbia agrees with the assessment that it is necessary to strengthen multilateralism and the role of the UN in the modern world, which is facing complex challenges.

The Minister of Foreign Affairs informed his interlocutor about the situation in Kosovo and Metohija and the position of the Serbian people in the province, emphasising that during this year there has been a dramatic increase in ethnically motivated attacks on Serbs.

He highlighted that the rate of return of Serbs to Kosovo and Metohija, of approximately 2%, is the lowest in all post-conflict areas in the world.

Underlining that UN Security Council Resolution 1244 is a guarantee of peace and stability, the Serbian Foreign Minister said that the United Nations is a key place for defending the territorial integrity and sovereignty of Serbia, as well as international law, on which our country relies.

Selakovic added that Serbia insists on the importance of continuing UNMIK's engagement in Kosovo and Metohija, as well as continuous consideration of the situation in our southern province before the UN Security Council.

Selakovic pointed out that our country is consistently committed to preserving peace and stability in the region, but also to protecting the Serb population in Kosovo and Metohija, and therefore we expect all actors that make up the international presence in Kosovo and Metohija to act objectively and status-neutral, contributing to the stabilisation of circumstances.

Selakovic added that Serbia proves its commitment to peace by participating in five UN peacekeeping missions, with a total of 263 members, which makes us the largest contributor in the region and one of the largest in Europe in terms of population.

The Minister also informed the President of the UN General Assembly about the activities and results of Serbia in the field of gender equality, reads the statement of the Ministry of Foreign Affairs. 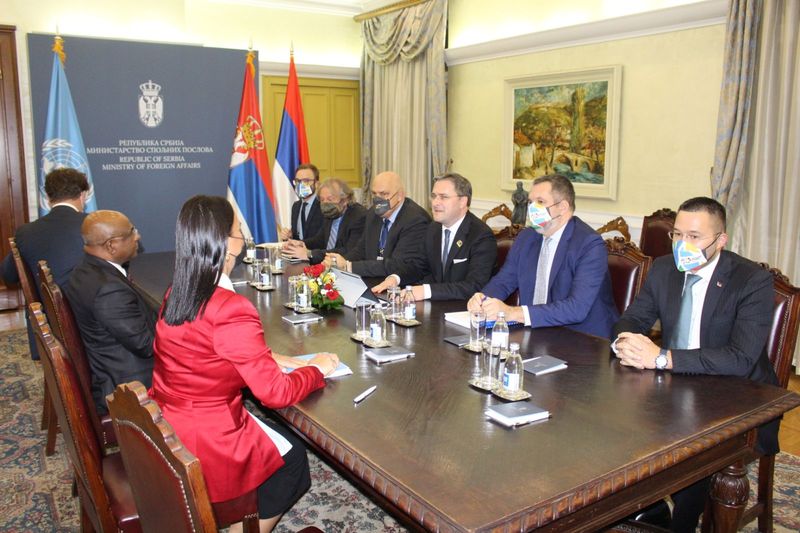