First Deputy Prime Minister and Minister of Education, Science and Technological Development Branko Ruzic talked today with new head of the European Union Delegation to Serbia Emanuele Giaufret, about the reform process in education and science in Serbia.

Serbia is very committed to joining the EU and, in accordance with that, is implementing numerous reforms in various areas, the First Deputy Prime Minister noted and explained that the education reform is comprehensive and encompasses all levels of education.

Ruzic pointed out that during the coronavirus pandemic, the educational system functioned very well.

The First Deputy Prime Minister emphasised that the health and safety of all participants in the education system are a priority at all times, and that in practice it has been shown that schools and educational institutions are not a place for the transmission of the virus.

Giaufret said that the EU strongly supports Serbia on its path to the European Union, as well as the process of education reform.

Although Chapter 26 on education and culture has been temporarily closed, the European Commission welcomes the government's continued strategic commitment to reforms in this area and is closely monitoring its implementation, he said.

The Ambassador encouraged the government to increase allocations from the budget for education and science, in order to make the Serbian economy more competitive on the European and world markets.

He also praised the quick reaction of institutions in the organization of classes during the COVID-19 pandemic, and also congratulated Ruzic for Serbia's active participation in the Erasmus + programme, and announced that a new programme for 2021-2027 will be signed soon between the European Commission and Serbia soon. 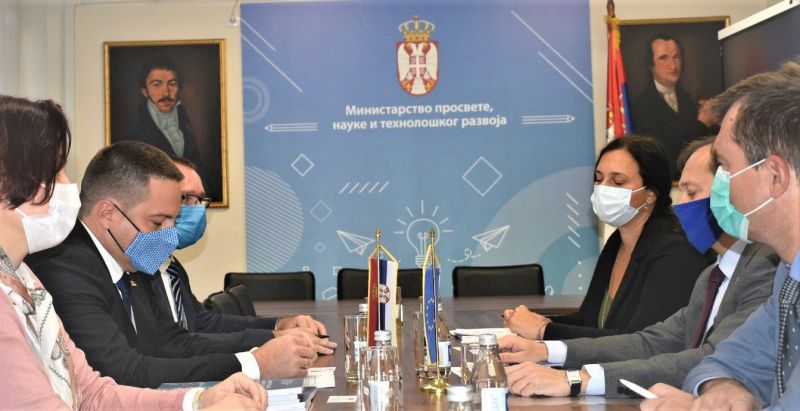