Selakovic expressed satisfaction with the mutual understanding and regular dialogue between Serbia and NATO, and said that our country is interested in further improving partnership cooperation, continuing political dialogue and practical cooperation in all areas of common interest.

The Minister emphasised that the personal relationship between President Aleksandar Vucic and NATO Secretary General Jens Stoltenberg makes a special contribution to such a partnership.

The head of Serbian diplomacy expressed gratitude for the fact that NATO respects Serbia's military neutrality and pointed out that our country and that alliance should continue to further improve partnership cooperation in the common interest - which is to preserve peace and stability in the region.

The interlocutors also pointed out that at the end of the year it will be 15 years since Serbia became a member of the NATO program "Partnership for Peace" and expressed their readiness to mark that jubilee in an appropriate way.

Also, they stated that the successful implementation of the second cycle of the Individual Partnership Action Plan (IPAP) of Serbia and NATO for the period 2019-2021 is underway.

He emphasised that Serbia supports and highly appreciates the engagement of the International Security Forces KFOR in Kosovo and Metohija in the implementation of the mandate determined by UNSCR 1244, which includes ensuring a stable and safe environment and freedom of movement.

The Minister expressed the expectation that the KFOR forces will maintain a status-neutral position and act proactively in order to prevent any violation of the security situation on the ground. 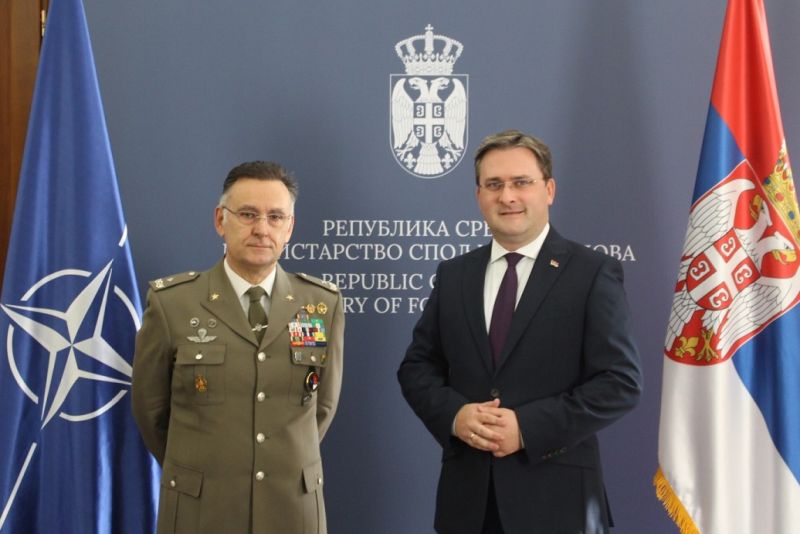