Deputy Prime Minister and Minister of Defence Nebojsa Stefanovic met today with a delegation of the House of Representatives of the US Congress, led by Congressmen Eric Swalwell and Sean Maloney.

Stefanovic wished welcome to the delegation and expressed satisfaction over the talks on the questions of strategic importance in the field of defence of the two countries.

The Minister underlined that the Republic of Serbia and the USA have an upward trend of bilateral relations, and that their traditionally most promising part is cooperation in the field of defence.

According to him, our country highly evaluates the cooperation to date in the form of joint military exercises and trainings, as well as donations from the American side to the defence system of the Republic of Serbia.

Stefanovic informed his interlocutors that the Republic of Serbia continues to lead a balanced defence policy and works incessantly on the improvement and further quality development of relations in the field of defence with all states and international organisations, in line with the long-term strategic commitment of the Republic of Serbia to maintain the status of a military neutral state.

Representatives of the US Congress thanked for the hearty welcome and voiced hope that in the coming period the Republic of Serbia and the USA will raise their cooperation in the field of defence and in all areas of common interest to a higher level.

They expressed support for the strong economic progress of Serbia and pointed out that our country positively influences the overall world security, primarily through participation in multinational operations of the UN and the EU.

Today’s meeting, held at the Small War Hall of the Old General Staff, was also attended by US Ambassador to Serbia Anthony Godfrey and Director of the Military Intelligence Agency Brigadier General Zoran Stojkovic, according to a statement by the Ministry of Defence. 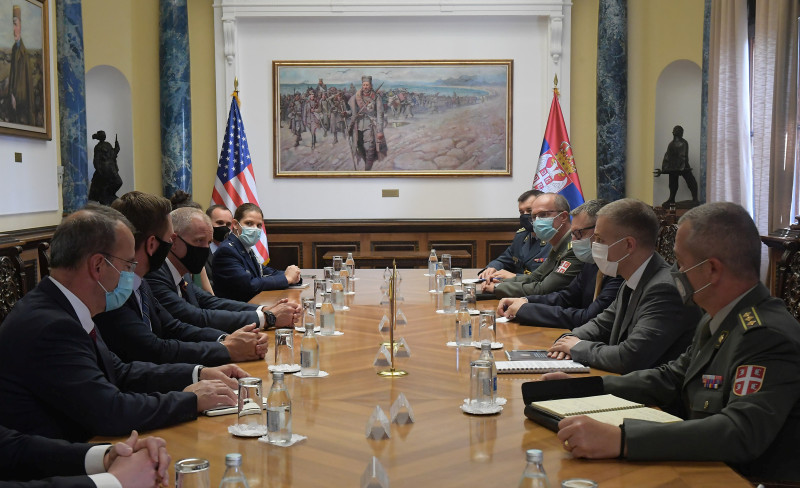