Minister of Foreign Affairs Nikola Selakovic began his official visit to Austria today with a conversation with Austrian Minister of Digitalisation and Economy Margaret Schrambeck on economic cooperation, digitalisation of state administration and dual education.

Selakovic emphasised that Austria, with €2.57 billion invested in the period from 2010 to 2020, is another country investor in the Serbian economy.

He especially pointed out the fact that approximately 900 Austrian companies operate in Serbia, which employ about 22,000 of our citizens, and that these numbers are growing from year to year.

The Minister said that the meeting was very important, since the representatives of four large companies operating on the Serbian market were also present, among which is Magna Seating, which intends to concentrate almost all its production from Europe in Serbia.

We are encouraged by the fact that they talked not only about hiring a simple workforce, but also about moving their development sector to Serbia, due to the benefits provided by the IT sector on our market, Selakovic pointed out.

He specified that the trade exchange in 2020 amounted to one billion and 70 million euros, which is 14 percent lower than in 2019, but that the growth of our exports of almost 15 percent and imports from Austria of 18 percent show that during this year we manage to make up for what we missed last year. 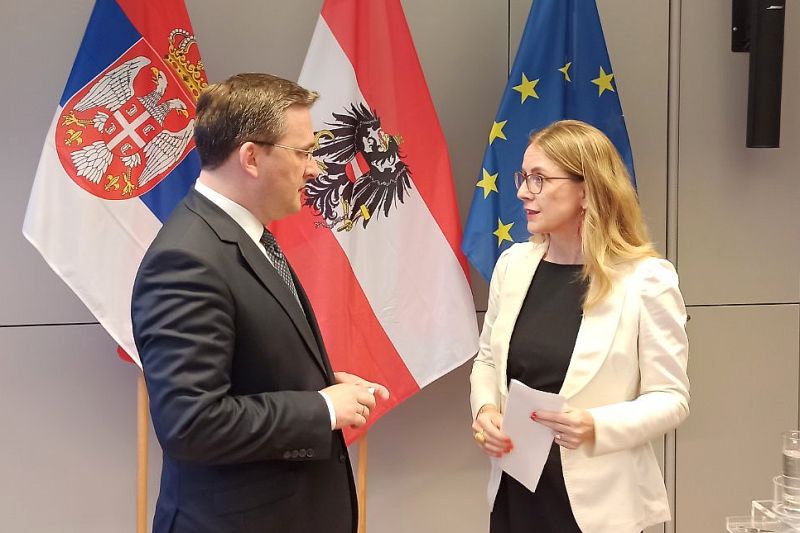