President of Serbia Aleksandar Vucic said today that the EU's financial support through pre-accession funds is important because these funds are used to accelerate reforms and reach the ultimate goal – full EU membership, and thus increase the quality of life of the citizens of Serbia, which also applies to the citizens of the EU.

In his online address at the conference on the results and possibilities of IPA funds in Serbia, entitled "Serbia and the EU: support for development and membership negotiations", organised by the Ministry of European Integration, Vucic said that we appreciate every euro that came to our country from the European Union.

He added that he believes that so far we have acted responsibly towards the assistance that is available to us as a country that is in the process of accession.

According to him, the negotiations on membership and the reforms that are being carried out within those negotiations are a significant impetus for our economic and social progress, but they are also a condition for further sustainable development and development as a whole.

It is important for us, he emphasised, that all projects that will be financed from future IPA projects 2021 2027 in agreement with the EU focus on what is in line with our national reform goals and what can contribute to sustainable development in the entire region.

Minister for European Integration Jadranka Joksimovic pointed out that the IPA 3 fund aims to reduce the differences between the region of the Western Balkans and the European Union.

IPA 3, out of the total amount of 42.4 percent, will be focused on the green agenda and sustainable connection, and it is completely clear how important this topic is for all of us in Serbia, said the Minister.

In a written statement for the conference, European Commissioner for Enlargement Oliver Varhely said that the European Union wants to accelerate the enlargement process, which for Serbia means the opening of two clusters in the accession negotiations already this year.

Enlargement policy remains at the centre of our activities and we want to speed it up, Varhely said, adding that Serbia plays a key role in the region and Europe and that the Western Balkans is one of the EU's top priorities.

The economic investment plan adopted by the EU for the Western Balkans, as he emphasised, should help the region to transform and get out of the crisis stronger.

Head of the EU Delegation to Serbia Sam Fabrizi pointed out that within IPA 2, in the period from 2014 to 2020, Serbia received 1.5 billion euros and another €900 million from regional projects that were done in Serbia. 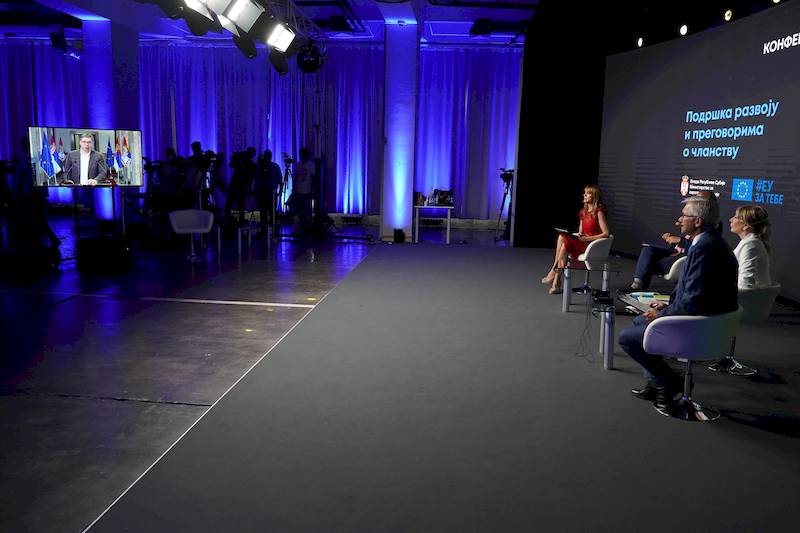