Deputy Prime Minister and Minister of Mining and Energy Zorana Mihajlovic signed today with General Director of the state-owned natural gas provider “Srbijagas” Dusan Bajatovic an agreement between the Serbian government and this company, by which the ownership of “Transportgas“ passes from “Srbijagas“ to the Republic of Serbia.

Mihajlovic stated that the signing of the agreement represents the first step in reforming not only “Srbijagas“, but also the gas sector in Serbia.

By signing this agreement Serbia got an independent gas operator. There are many steps ahead of us, it is in the national interest to make investments in this sector efficient. It is important to build main gas pipelines, to get connected with the region and make the gas price more sustainable, both for citizens and the economy, the Minister stated.

According to her, this year is exceptionally important when we speak about green Serbia and green energy. Gas power plants will be of huge importance for energy security of Serbia, she noted.

General Director of “Srbijagas” Dusan Bajatovic said that it is important that the state got an independent transport operator.

"Srbijagas", in cooperation with the Serbian government and the relevant ministry, will actively work on fulfilling the requirements for accelerated gasification of Serbia, but also on implementing the restructuring plan, in order to fulfil the requirements for opening Cluster 4, said Bajatovic.

The gas industry in the coming period should be of global importance for all those who want to invest in Serbia, he pointed out and expressed gratitude to the government and the Ministry of Mining and Energy for the cooperation and good action plan that has been made.

In accordance with the Action Plan for the reorganisation of the public company “Srbijagas”, changes in the founding acts of "Srbijagas" and "Transportgas Srbija", as well as the announcement of public competitions for directors of both companies, are to take place. 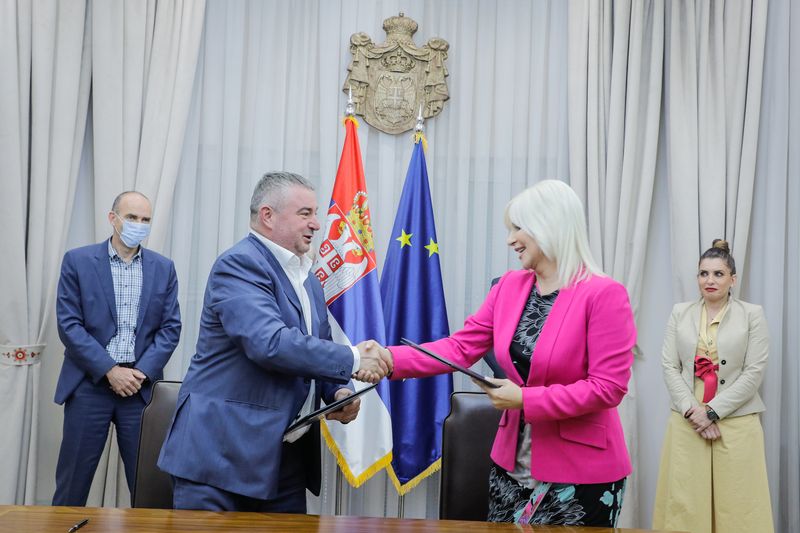