Continuation of military cooperation with United States in all segments

Deputy Prime Minister and Minister of Defence Nebojsa Stefanovic talked today with US Ambassador to Serbia Anthony Godfrey and the new US Defence Envoy in Belgrade Colonel Corey Shea.

Stefanovic welcomed the new envoy, and expressed the expectation that the previous experiences he gained in diplomatic duties in the Western Balkans will also serve him in the future.

He informed his interlocutors that Serbia continues to pursue a balanced policy and work on improving relations in the field of defence with all countries and international organisations, in accordance with the long-term strategic commitment to maintain the status of a military neutral state.

Stefanovic and Godfrey emphasized the importance of cooperation between the two countries in numerous areas, such as the State Partnership Programme with the Ohio National Guard, which is mutually important and useful in all segments of military cooperation.

Also, the interlocutors pointed out the importance of the results that Serbia achieves by participating in multinational operations.

The Deputy Prime Minister expressed concern over the participation of the so-called Kosovo security forces in the "Defender Europe 21" exercise, organized by NATO and the US Army.

As he emphasized, Serbia appreciates the fact that it was informed in the spirit of partnership about the organisation and performance of the exercise before it started, but it is deeply worried because the participation of the so-called Kosovo in it is contrary to all international acts.

The Ambassador said that he understood Serbia's concerns, although the two countries have different views on this issue, saying that the United States wants to continue intensive cooperation with the Serbian Army. He expressed hope that a bilateral exercise between the two armies could take place as early as this year.

The interlocutors concluded that there is interest in continuing and expanding military cooperation between the two countries, and stressed the importance of bilateral defence consultations, the aim of which is to harmonise strategic guidelines for improving cooperation in the coming period. 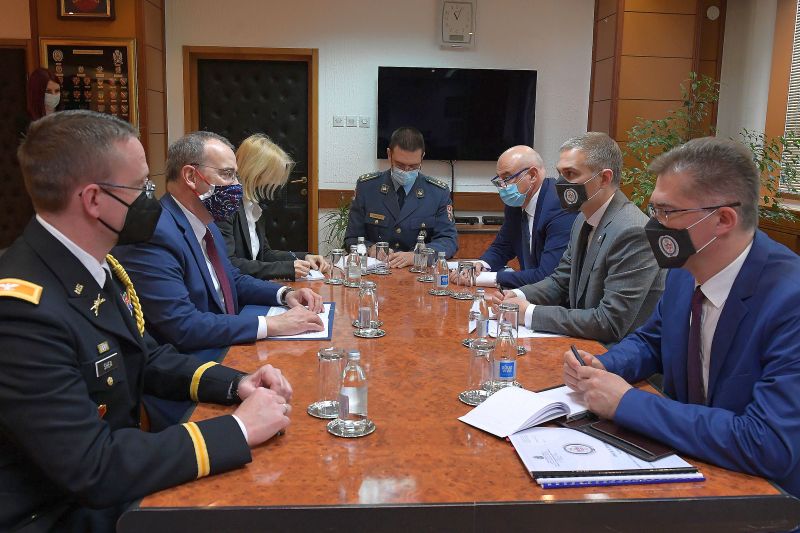