Mihajlovic pointed out that the construction of this railway is a symbol of friendship and good relations between the two countries and our peoples.

She emphasised that this is a project of exceptional importance for both Serbia and China, as evidenced by the support provided by the presidents of the two countries, Aleksandar Vucic and Xi Jinping.

The relations between our two countries are the best possible ever and should remain so, and the high-speed railway is one of the most important joint projects, the Deputy Prime Minister pointed out.

The Deputy Prime Minister also expressed gratitude to the Embassy of China in Serbia for the support in the realisation of this project, and told the contractor that she expects all works to be performed within the agreed deadline, quality and established dynamics.

A consortium of Chinese companies CCCC and CRIC is performing works on the section Belgrade Center-Stara Pazova, in the length of 34.5 kilometers, and the value of the works is worth $350.1 million. 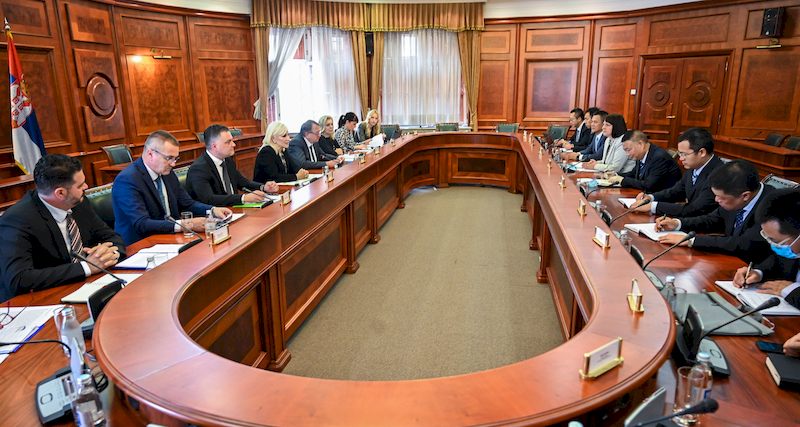