Prime Minister Ana Brnabic stated today that there are no indications that false tip-offs on planted bombs will stop soon and underlined that authorities continue the fight against this type of hybrid war.

In an appearance on Television B92, Brnabic said that the state leadership will soon meet to examine the possible formation of a single team which will include security services of the Ministry of Foreign Affairs and the Serbian Armed Forces, as well as the Office for IT and eGovernment, in order to centralise all resources.

According to her, these attacks are difficult to stop as they are very well organised, come from many countries from various servers, but we continue to fight that 24 hours a day, 7 days a week.

The Prime Minister underlined that all state institutions are being protected, as well as data of citizens, of the baking sector, the economy, the customs and everything that is targeted by hacker attacks.

She stated that Serbia is in a serious, difficult and complex situation, first of all politically and therefore we must protect our interests and find a way to continue growth and development, to keep jobs and increase salaries and pensions.

The Prime Minister also noted that in the last few days almost all world officials warn of upcoming food shortages and that the world is threatened by famine, first and foremost in Africa, but on other continents too, including Europe.

She highlighted that Serbia will have enough food and that our country was the first one to speak about commodity reserves and that it will get what it lacks, which has been done.

Brnabic also referred to the visit of President of the European Council Charles Michel and said that it was necessary so that the citizens of Serbia could see that there is an essential and deep connection between the EU and our country, not only pressure.

She said that she is grateful to Michel for his visit and for spending a considerable time in Belgrade.

We do not agree on all issues, but the relations of Serbia with the EU are essential and strategic, the Prime Minister pointed out and said that 70 percent of foreign direct investments in Serbia come from EU Member States, and that 66 percent of our exports go to the EU.

According to Brnabic, the visit of Michel and the signing of an agreement with the EU on the additional €84.5 million for investment in Serbian start-up eco system and innovative companies, is the best way to show the positive sides of cooperation of the Union and Serbia.

Brnabic said that the talks between Michel and Serbian President Aleksandar Vucic were not at all easy and that the two officials mostly discussed topics on which Serbia and the EU have diverging opinions. 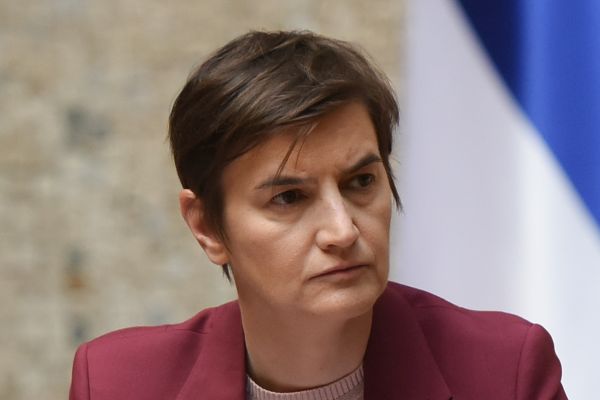