Exchange of knowledge, experiences between Serbia, UAE in various fields

Prime Minister Ana Brnabic and Minister of Cabinet Affairs in the United Arab Emirates (UAE) Cabinet Mohammad bin Abdullah Al Gergawi signed in Dubai today the Memorandum on the exchange of experiences in the field of government development and modernisation.

The document signed improves the exchange of knowledge and experiences in nine areas, including digital economy, artificial intelligence, eGovernment,  creative industries and science.

The Memorandum was agreed with the UAE Prime Minister's Office, and since 2018, the UAE has developed this type of cooperation with eleven countries, including Spain, Greece, Egypt, Jordan, Costa Rica, Senegal, Sudan, Kyrgyzstan, Iraq, Uzbekistan and Colombia.

The document was signed in the presence of Sheikh Maktoum bin Mohammed Al Maktoum, who is the Deputy Prime Minister, Minister of Finance of the UAE and Deputy Ruler of Dubai, and with whom the Prime Minister had a meeting earlier today.

The main topics of this bilateral meeting, which is the first meeting of the Prime Minister with the ruling family of Dubai at that level, were cooperation between the two countries, development of artificial intelligence, completion of the greatest world event - Expo 2020 World Exhibition in Dubai and new technologies.

After the meeting, in the company of Assistant Director General for Leadership and Government Capabilities at the Office of the Prime Minister of UAE Yasir Alnaqbi, Brnabic visited Emirates Towers, which contains offices focused on artificial intelligence, science, education and innovation. Minister without portfolio in charge of innovation and technological development Nenad Popovic accompanied the Prime Minister on the tour.

During the tour, the greatest amount of time was spent for the visit of the Accelerator, the government body opened in 2016, which deals with multisectoral questions, looking for solutions to problems during a period of 100 days.

At the end of her visit to Dubai, Brnabic will visit the Museum of the Future together with Minister of State for Artificial Intelligence, Digital Economy and Remote Work Applications Omar bin Sultan Al Olama.

This museum was opened in February this year, and the seven-storey building contains a combination of space for display of exhibits dedicated to the future and a workshop for the testing and development of emerging technologies. 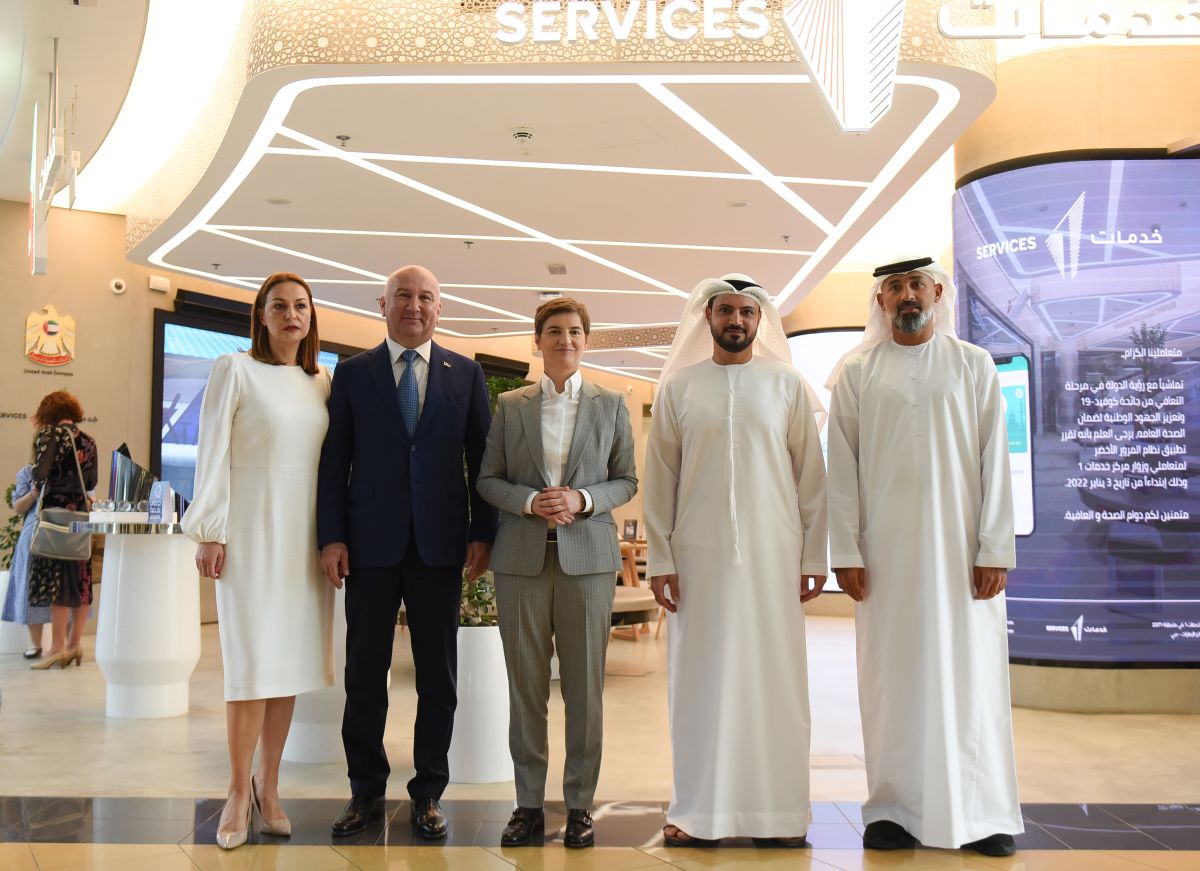