Pointing to the traditionally friendly ties and cooperation between our countries, Selakovic stated that Serbia is firmly committed to further improving and deepening the overall cooperation with India.

The Minister recalled that the relations between the two countries are based on the principles of the UN and the values of the Non-Aligned Movement, and that they are characterised by mutual respect and a high degree of support in the most important issues in international forums.

Selakovic expressed satisfaction with the intensity of political dialogue and stable dynamics of visits at the highest level, adding that it would be a great honour for us to be hosts to the President and Prime Minister of India - Ram Nath Kovind and Narendra Modi respectively.

Selakovic especially thanked India for its principled and consistent support to preserving the sovereignty and territorial integrity of Serbia, i.e. for its firm position on non-recognition of the unilaterally declared independence of the so-called Kosovo, as well as for the support it gives Serbia in international organisations.

He referred to the participation of the Indian delegation at the April session of the UN Security Council dedicated the work of UNMIK, when it supported the role and mandate of UNMIK and advocated its further engagement.

When it comes to economic cooperation, Selakovic stated that it is gradually gaining in intensity, pointing to the noticeable increase in the interest of Indian companies in our market.

The Minister assessed that the increase in the interest of Indian tourists in Serbia is impressive and expressed his belief that it will additionally influence the strengthening of ties between our countries.

Also, Selakovic pointed out that the Joint Committee for Economic Cooperation is an important tool for strengthening Serbian-Indian economic cooperation, voicing hope that the long postponed 4th session will be held in the coming period, according to a statement from the Ministry of Foreign Affairs. 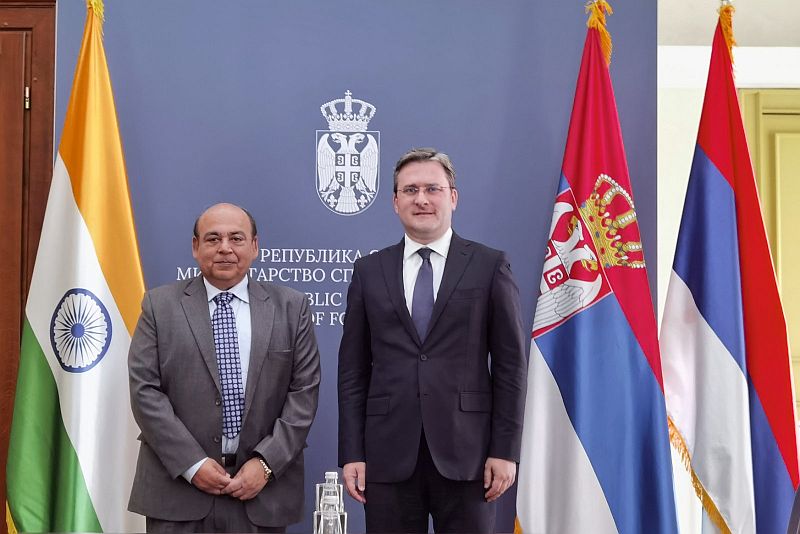