Prime Minister Ana Brnabic presented today the results of work of the government she is heading during one year since its formation and underlined that the state was faced with great challenges, but nonetheless, she is satisfied as economic stability has been preserved.

Speaking at a press conference at the Palace of Serbia, Brnabic said that the greatest challenges with which the government was faced are the coronavirus pandemic that is still ongoing, instability caused by provocations by Pristina and the attacks on Serbs in Kosovo and Metohija, but also an unexpected energy crisis, which represents an additional blow to the economy.

Despite all that, I am satisfied with the results, and I think citizens should also be satisfied because we preserved economic stability and jobs, the Prime Minister underlined.

As opposed to other countries around the world, we didn’t have a growing unemployment, on the contrary, employment has increased, we have a higher inflow of foreign investments, growth of salaries and pensions, and we have continued with infrastructure projects.

Economic results are better than expected and this has been confirmed by the IMF, World Bank, the EU, as well as in the European Commission’s Report, Brnabic underlined.

Speaking about the coronavirus pandemic, she said that it was expected that it would diminish in 2019, but that didn’t happen.

However, there is a big difference when it comes to the pandemic in relation to last year and that is that now we have coronavirus vaccines.

In parallel with COVID-19 pandemic, energy crisis started, which no one expected and which represents a blow to the world economy, and naturally, it poured over to us too, she stated.

Noting that the government was also faced with instability caused by actions of interim institutions in Pristina, Brnabic said that a lot of energy has been spent on constant provocations and attacks on Serbs in Kosovo and Metohija.

According to her, in facing the problems related to the southern Serbian province, the Serbian government has had huge help and support from Serbian President Aleksandar Vucic.

Summarising the past year of the government’s work, Brnabic underlined that there are four main issues, and these are – the functioning of the health system due to the current coronavirus pandemic, fight against organised crime, European integration and reforms in the field of the rule of law, as well as the economy. 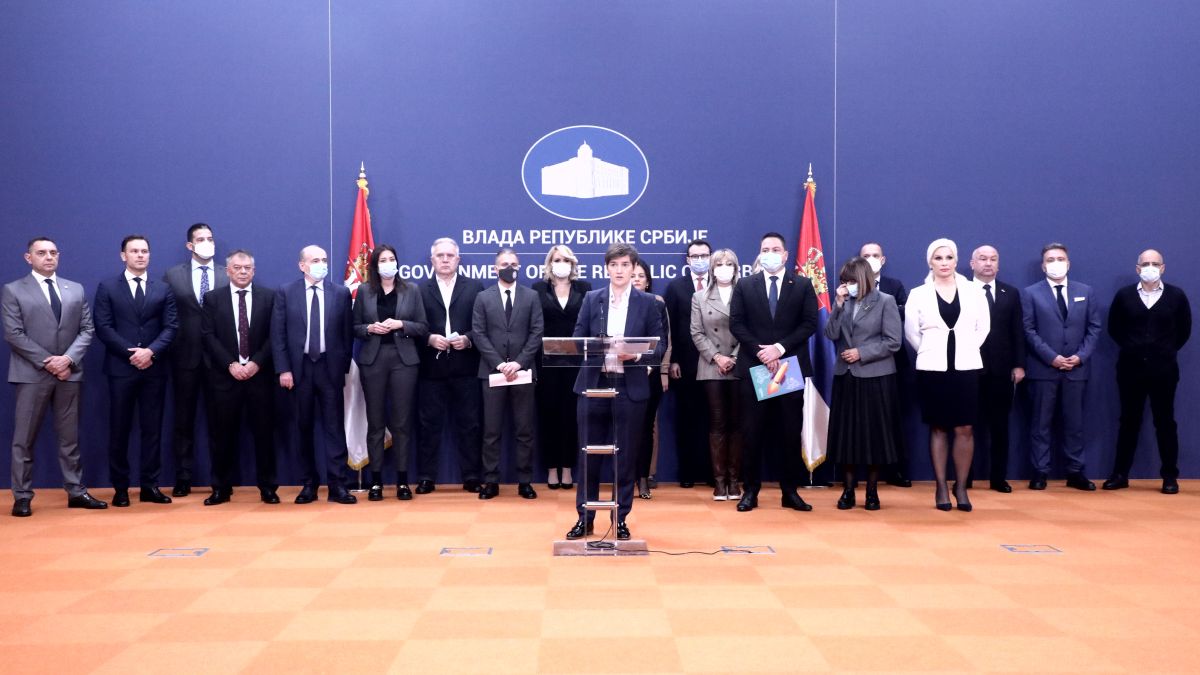 We opened three completely new hospitals in a few months only, first in Batajnica, then in Krusevac and in September in Novi Sad. We built them entirely and equipped with state-of-the-art equipment and we have over 2,000 beds, by which we took the burden off other hospitals, the Prime Minister underlined.

According to her, Serbia managed to be the first country in continental Europe to procure coronavirus vaccines, because it had the financial power to stand in line for each of these vaccines.

Brnabic pointed out that the health system is getting stronger that way and salaries for medical and non-medical staff are being increased.

She stated that the Serbian government fully focused on reforms in the field of the rule of law too, owing to which the European Commission (EC) recommended EU Member States to open two more chapters in negotiations with Serbia.

We now send monthly reports to the EU Delegation to Serbia, EC and the EU Member States on what we did in every single area in the field of the rule of law. We are working on that with full transparency and dedication with our partners from the EU, Brnabic underlined.

According to her, this year’s Report of the European Commission is one of the best we got in the last several years and it is taking us towards opening additional clusters within our European integration process.

Concerning Kosovo and Metohija, she presented the data that there have been 114 attacks on Serbs this year until today, which is the biggest number of attacks since 2008. She recalled the horrible provocations by the interim Pristina institutions in September and October this year.

Only with the composed and smart politics of President Aleksandar Vucic did we manage to preserve peace and stability, the Prime Minister underlined and stated that the fact that the unity of Serbs in Kosovo and Metohija has been preserved despite all challenges and provocations is also of utmost importance. 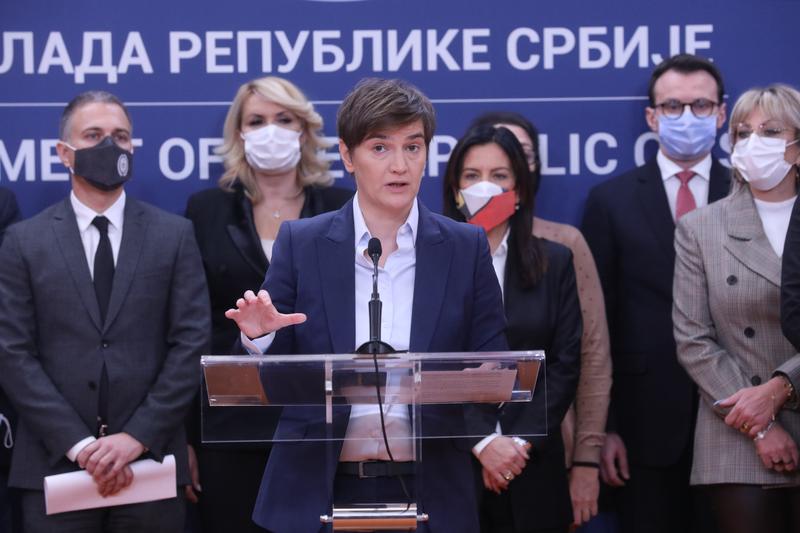