Selakovic pointed out that the relations between Serbia and Russia are sincere, open and traditionally friendly, which is evidenced by the extremely good cooperation in all fields.

The head of Serbian diplomacy underlined the constant strengthening of political cooperation, which, according to the minister, is greatly contributed by regular meetings at the highest and highest level.

Selakovic especially stated that the excellent relations between President Aleksandar Vucic and Vladimir Putin are of special importance for the overall cooperation.

The interlocutors discussed the situation in the Western Balkans region, as well as the upcoming session of the Security Council dedicated to the regular report of the UN Secretary General on the work of the UNMIK Mission in Kosovo and Metohija.

On this occasion, Selakovic also thanked Russia for its selfless and principled support for the territorial integrity and sovereignty of Serbia.

He also emphasised the importance of Russia's strong support for our state and national interests in international forums, especially in the UN and the Security Council.

Also, Selakovic informed his Russian colleague about the situation in Kosovo and Metohija, and the latest unilateral moves and provocations of Pristina, thanking for the way in which the Russian Ministry of Foreign Affairs reacted to the latest incursion of special units of Pristina police in the north of the province.

The ministers also discussed the situation with the pandemic in both countries, as well as further cooperation in the fight against coronavirus and the started production of the "Sputnik V" vaccine in Serbia.

Selakovic expressed hope that Minister Lavrov and the Russian delegation would participate in the gathering in Belgrade on the occasion of marking the 60th anniversary of the First Conference of the Non-Aligned, emphasising that it was a good opportunity for their new bilateral meeting, the Foreign Ministry said in a statement. 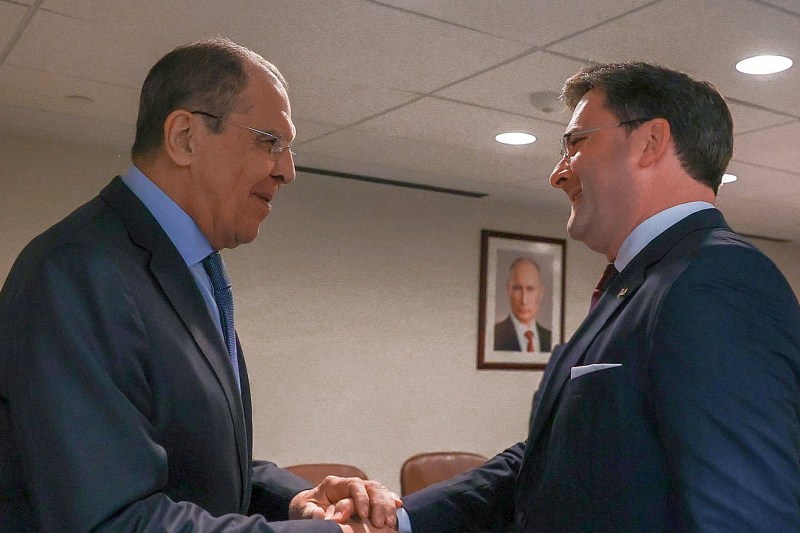