At the conference "The State of Gender Equality in Serbia", which was organised by the Women's Parliamentary Network and held in the building of the House of the National Assembly, Brnabic expressed the expectation that a strategy for prevention of violence against women will be discussed at a session of the Serbian government in February.

She thanked Minister of Human and Minority Rights and Social Dialogue Gordana Comic and Deputy Prime Minister and Minister of Mining and Energy Zorana Mihajlovic for initiating the first intersectoral dialogue on gender equality, as well as the Women's Parliamentary Network for a broader dialogue on topics which should not be politicised.

According to her, the Women's Parliamentary Network in the Serbian Parliament has shown how to conduct inter-party dialogue and cooperate on the same goal, regardless of the political spectrum of the participants.

The Women's Parliamentary Network has been giving such examples for years and I hope that as a society we will follow those examples more and more often, Brnabic emphasised and added that she is proud to live in a country where the political elite in power sets an example of the fight for gender equality.

Serbia is the world’s leading country in the number of women in the government, she recalled and stated that she is glad that such a trend is happening in municipalities and cities too.

She assessed that this is a "historic step forward", stating that these examples give strength and power to women who live in those municipalities.

I hope that the economy will join soon. In that sense, additional empowerment of women is needed, Brnabic pointed out and added that Serbia continues to fight to preserve its leading position in the executive and legislative power in terms of the number of women who participate in political life. 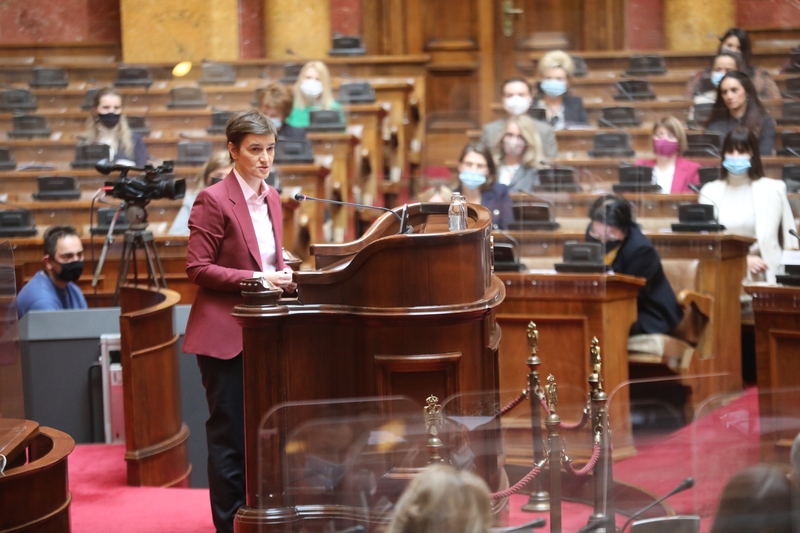