Prime Minister Ana Brnabic met today with representatives of all relevant institutions and ministries to discuss current data on air quality in Serbia and the measures to be taken to address the problem of key pollutants systematically.

The government will form a body that will coordinate the work of all state bodies, inform the public and propose and analyse the effects of the measures that Serbia implements to protect its environment.

Representatives of the Ministry of Health and the Institute for Public Health of Serbia stressed that there is no reason to panic, that the data from health institutions show that there is no increase in the number of children admitted for treatment compared to the same period in previous years.

Representatives of the Ministry of Environmental Protection and Ministry of Health informed the Prime Minister that the current air pollution in our country is particle pollution and that it varies depending on the time of day, climatic conditions and the presence of the source of pollution.

Data from the Environmental Protection Agency show that there are no dramatic changes in the level of pollution compared to previous years.

About 60 percent of households in Serbia use solid fuel for heating, which has been identified as one of the key problems, which is why the gasification process will be accelerated.

The Electric Power Industry of Serbia has so far invested more than €475 million in environmental protection projects, such as reconstruction or replacement of existing electric filters on power plant units, flue gas desulphurisation on the units, while the value of projects currently underway is €486 million.

It is noted that the number of cars in the country is increasing year in year out, which is why the Ministry of the Interior will start a more rigorous check-ups of vehicles regarding the emission of exhaust gases, with a particular focus on tightening the supervision of motor vehicle inspections.

It was pointed out that according to official measurements of the Serbian Hydro-Meteorological Institute, there are no major changes on the annual level compared to the previous calendar year when it comes to air quality in Serbia. 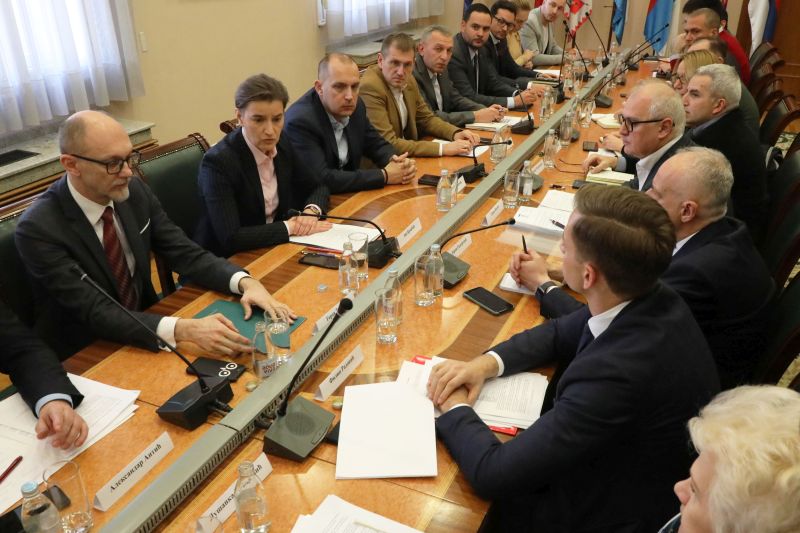