The Ministry of Finance stated that at today's session, the Serbian government adopted the Bill on the 2020 budget of the Republic of Serbia, which envisages total revenues of RSD 1,314.5 billion and expenditures of RSD 1,334.7 billion, which gives the projected deficit of RSD 20.2 billion, or 0.3 percent of the GDP.

Finance Minister Sinisa Mali said that the budget for 2020 is intended to further develop the economy. He added that next year, a projected real growth of the economy is 4 percent.

Mali pointed out that when it comes to economic growth this year, estimates for the third quarter are encouraging, as it is 4.7 percent, so we expect economic growth to be above the projected 3.5 percent by the end of the year.

Investing in education and innovation will allow Serbia to continue its high and sustainable economic growth. Serbia shows that it can achieve high growth rates despite the slowdown in EU economies. According to the current Fiscal Strategy, the central government debt projection for 2020 is 50.3 percent of GDP, Mali said.

The Minister pointed out that a key feature of the budgetary policy in 2020 is an even distribution of fiscal space to increase living standards, ie to increase salaries and pensions by about 1.3 percent of GDP, boost growth through increased public investment, and to relieve tax on labour.

He added that this budget proposal marks the end of the process of consolidation of public finances and marks the beginning of development.

The budget allocated RSD 295.4 billion for salaries, as well as RSD 581.2 billion for pensions. According to the so-called Swiss formula, pensions will grow 5.4 percent next year. When it comes to capital investments, the budget proposal foresees RSD 198.9 billion for this purpose, and most of these funds are related to transport and railway infrastructure, Mali said.

According to him, this means that this budget marks the beginning of the implementation of the National Investment Plan.

Also, we increased the amount for the improvement of environmental infrastructure from RSD 23.7 billion this year to RSD 59.4 billion for the next year. And what is especially important is that we have increased the amount of funds allocated for the treatment of rare diseases, which will amount to RSD 2.4 billion, the Minister stated.

Funds for investment in education and innovation have also been increased. The “Connected Schools” project will be continued, which will allow a total of 1,000 schools to be connected to high-speed internet by September 2020, as well as the equipping of 10,000 more digital classrooms. To provide the best working conditions for students, funds have been budgeted for equipping computer rooms in over 400 schools. The 2020 budget allocates funds for the renovation of dozens of primary and secondary schools, the Finance Minister said.

He added that the funds for the Innovation Fund have also been increased in this budget, while RSD 3 billion has been provided to support entrepreneurship development. 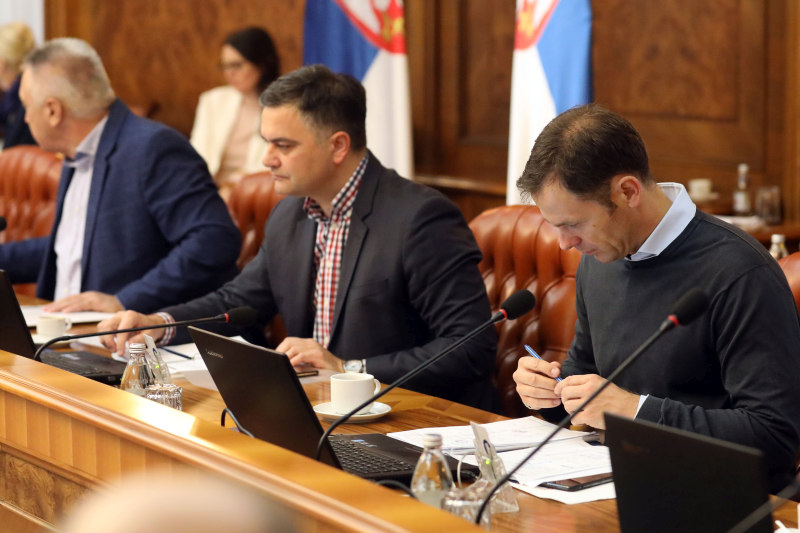