Minister of Foreign Affairs Nikola Selakovic and Minister of Foreign Affairs of Poland and Chairman of the Organisation for Security and Cooperation in Europe (OSCE) Zbigniew Rau discussed today the strengthening of bilateral relations, as well as the importance of OSCE’s other mission in Serbia, the one in Pristina, maintains its status neutrality.

Selakovic, at the joint press conference with Rau, pointed out that the government supports the work of the mission in Kosovo and Metohija, as the most reliable status-neutral presence, whose work is based on Resolution 1244.

He emphasised that Serbia attaches special importance to OSCE activities related to the rights of non-Albanian communities in Kosovo and Metohija and the return of displaced persons, which is one of the priorities of our country.

The meeting was an opportunity to emphasise that Kosovo and Metohija is a post-conflict area with the lowest number of returnees in the world – below 3%, said the minister and emphasized that this is a topic that must be discussed at all world forums.

The Minister expressed his gratitude to his Polish colleague – one of the four ministers of the Visegrad Group, who supported the Open Balkans as a good form of regional cooperation of the countries of the Western Balkans.

The topic of the meeting was the economic ties of the two countries, as well as global relations, Selakovic noted, adding that he used the meeting to reiterate Serbia's position on Ukraine – to respect international law, the territorial integrity of all sovereign member states of the UN Security Council, and therefore of Ukraine.

Rau emphasised that Serbia is a constructive partner of the OSCE and an important partner in the concept of comprehensive security, noting that the visit to Belgrade is taking place at a time when the OSCE region is facing major security challenges.

The Polish Minister and Chairman of the OSCE expressed his satisfaction that he shares the same understanding with Serbian officials, common positions on democracy, human rights, reconciliation, integration of national minorities, which is crucial for the successful path of a country. 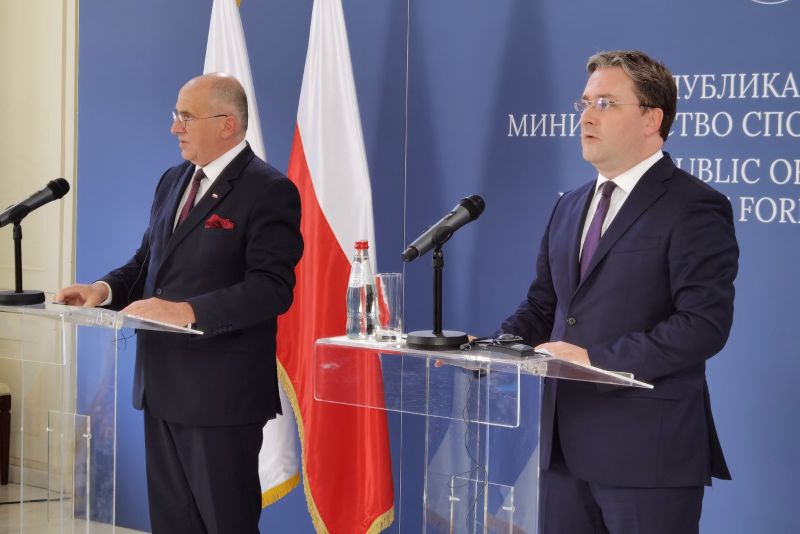