Minister of Trade, Tourism and Telecommunications Tatjana Matic stated today, after a meeting with Minister of Tourism and Environment of Albania Mirela Kumbaro Furxhi that the two countries, together with North Macedonia, as part of the Open Balkans initiative, will create a common digital platform for tourist offers.

The Ministers of Tourism also announced the creation of a joint regional centre to solve the problem of labour shortages in the sector.

At the media conference in the Palace of Serbia, Matic pointed out that this is the first operational meeting of the two ministers after the signing of the Memorandum on cooperation in the field of tourism in Ohrid, where concrete steps for further cooperation were agreed upon.

She said that she and her colleague from Albania discussed improving cooperation and joint performance in third markets, especially when it comes to the tourist offer for China and other Asian countries.

According to her, Air Serbia plans to establish direct flights to China at the end of the year, so a joint appearance on those markets would significantly increase the number of foreign tourists arriving.

The two ministers assessed that, especially in the tourism and trade sector, regional connection is key to achieving success.

She mentioned that the peak of the season is yet to come and expressed her expectation that the results will be even better.

During the day, the Albanian Minister will participate in the conference "New Ideas for New Times" in the Palace of Serbia.

The conference represents a step closer to the goals of the Memorandum of Understanding on cooperation in tourism in the Western Balkans. 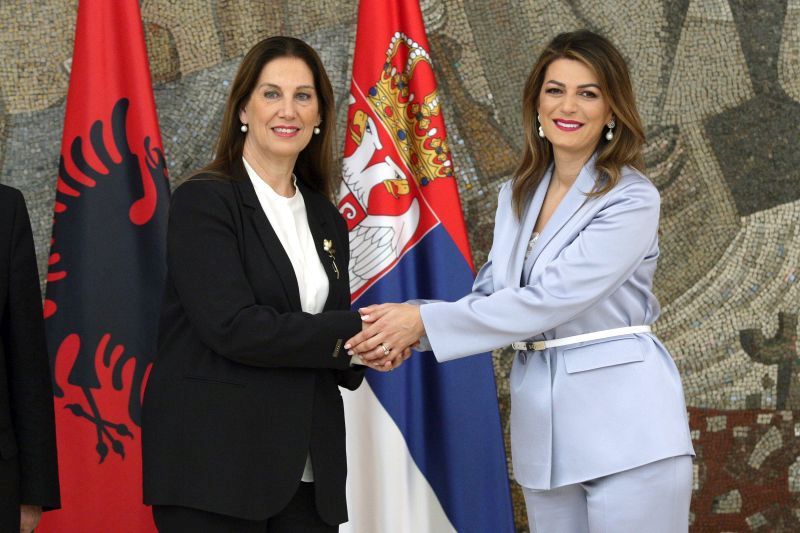