Minister of Foreign Affairs Nikola Selakovic and his Maltese counterpart Evarist Bartolo agreed in Belgrade today that it is necessary to deepen relations between the two countries in all fields.

Speaking at a joint press conference with Bartolo, Selakovic said that an agreement was reached to open a Serbian consular office in Valletta by the end of October, with a permanent presence of the consul, which has not been the case so far.

He recalled that the last exchange of official visits between Serbia and Malta took place 11 years ago and added that one of the conclusions of today’s meeting is that it is necessary to intensify visits at the ministerial level.

Selakovic stated that Serbia is interested in strengthening overall ties with Malta, noting that more than 5,000 Serbs live on Malta and that the relations between the two peoples are much better than official relations.

He especially thanked Malta on the firm and principled support to the EU enlargement policy and for its support to Serbia’s opening of all negotiation chapters it is ready for.

The topics of the meeting were the improvement of bilateral relations and cooperation at the multilateral level, migrations and the situation in the region.

Selakovic said that he also spoke with Bartolo about the situation in Kosovo and Metohija, adding that the positions of Serbia and Malta differ on that issue, but that the two countries can speak about it.

The economic trade cooperation was also discussed, which is at a low level. The two ministers agreed to organise a business forum so that the two business communities could see what the potentials for cooperation are, which have been underused until now.

Bartolo said that Malta and Serbia have a common history, but what is more important, a common future. He underlined that Malta strongly supports the integration of Serbia and the Western Balkans into the EU.

The Maltese Foreign Minister noted that the countries of the Western Balkans also contribute to the process of European integration, such as through the Open Balkans initiative. 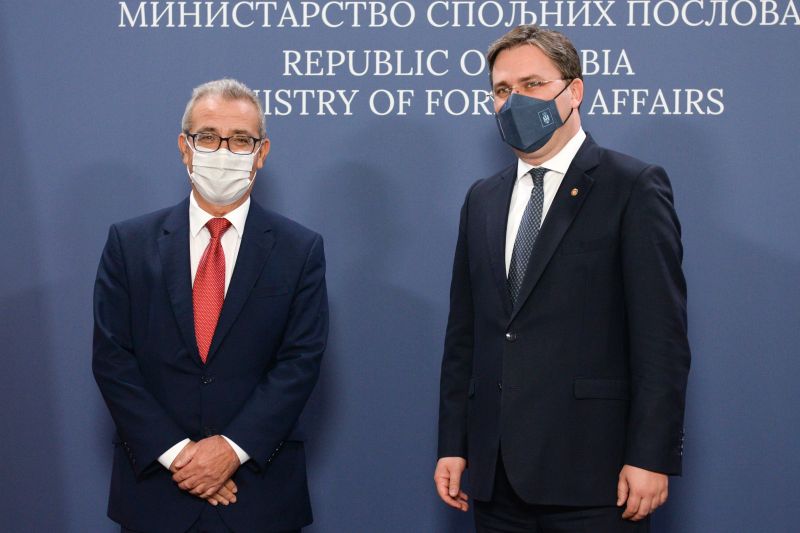