Deputy Prime Minister and Minister of Defence Nebojsa Stefanovic stated today that Serbia wants to build good cooperation with all neighbouring countries as good cooperation is a precondition for peace, stability and economic development of all countries in the region.

Speaking at a press conference, after the meeting with Minister of Defence of Bosnia and Herzegovina Sifet Podzic, Stefanovic said that during today's meeting it was stated that the cooperation between the two ministries has a positive trend and that as such it must exist in the region.

During this good and quality conversation, we pointed to the importance of regional cooperation and joint work on improving military and health cooperation. That will essentially help better understanding in the concrete actions of our two armies, he pointed out.

According to him, that cooperation will be improved through future activities, one of them being the military exercise "Manjaca 2021", which will be held in October in Bosnia and Herzegovina, and in which Serbian soldiers will also participate.

It will be a strategic exercise, which will show the level of training of our soldiers, giving them the opportunity to meet, exchange experiences, learn from each other, but also to show us why they are so good in the professions they have decided to pursue all their lives, the Deputy Prime Minister stated.

He underlined that the coronavirus pandemic also showed that the military health system must improve, adding that experts from Serbia and Bosnia and Herzegovina should cooperate and hold trainings in the centres for atomic, chemical and biological protection. 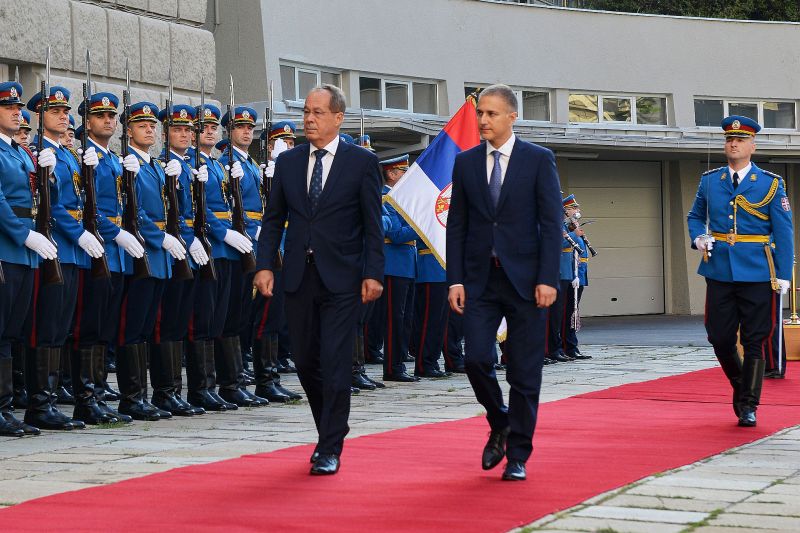