Great opportunities for improving cooperation in field of tourism with Turkey

Minister of Trade, Tourism and Tatjana Matic and Minister of Culture and Tourism of Turkey Mehmet Nuri Ersoy assessed today that there are great opportunities for improving cooperation between the two countries in the field of tourism.

In a statement for the media, after the meeting with Ersoy, Matic stated that his proposal that Serbian citizens travel to Turkey and vice versa, Turkish citizens to Serbia, only with an ID card, was accepted.

She said that President of Serbia Aleksandar Vucic also gave his support to that proposal, adding that they will now work with the competent institutions, primarily the Ministry of Foreign Affairs, but also the Ministry of the Interior, on the implementation of this idea.

There are great opportunities for improving the tourist cooperation between Serbia and Turkey, as well as bilateral relations, which are very good, she said.

The Minister stated that in the first five months of this year, the number of Turkish tourists in Serbia increased by as much as 49 percent compared to last year, emphasising that they are now in the first place when it comes to the arrival of foreign tourists in our country.

She reminded that Turkey has invested significant funds in Serbia in the past few decades, primarily through its development agency TIKA, but also through other agencies.

Matic stated that the meeting also dealt with investments in projects that referred to the renewal of cultural and historical heritage, but also to the field of education, social protection and agriculture.

Turkey, as a destination for Serbia, is on the third place, and we want it to be on the first place, and that is why we give Serbia an advantage, Ersoy said. 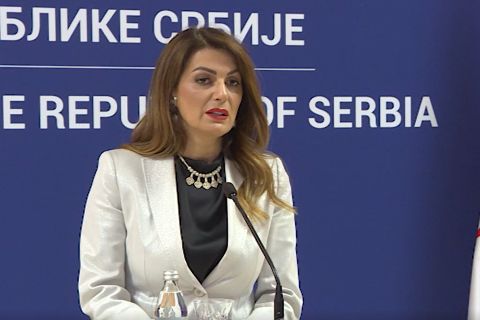