Economy the strongest link between Serbia and BiH

Selakovic, who is on a two-day visit to BiH, said at a joint press conference with Turkovic that the cooperation between the two countries is especially fruitful in the field of the economy and that it is reflected not only through trade, but also through investments.

These are the essential reasons why Serbia is interested in stability, not only in BiH but in the entire region, the Minister underlined and said that the stability of BiH is extremely important for Serbia and that our country respects its territorial integrity and government structure based on the Dayton Agreement.

Selakovic said that at today’s meeting he also spoke about the Mini Schengen initiative and the importance of BiH joining Serbia, Albania and North Macedonia in this initiative, despite unresolved problems from the past, which must be worked on until a solution is found.

According to him, despite these problems, there are many things that can bind us now and in the future, and the economy is the best link.

Other topics discussed at the meeting were controversial issues such as lawsuits, as well as joint investment in the hydroelectric power plant on the Drina river.

Selakovic assessed that it would be good if the mentioned issues were not politicised, and added that he is convinced that the practice of more frequent visits of officials of the two countries could be introduced.

Turkovic pointed out that BiH is determined to strengthen good neighbourly relations and to work together to connect the entire region, and today's meeting confirms that.

She welcomed the decision of Serbia to give its consent for the opening of the BiH consulate in Novi Pazar, and assessed that it is another step towards good neighbourly cooperation.

According to her, in order to intensify cooperation, it is necessary to organise joint sessions of the Serbian government and the Council of Ministers of BiH. 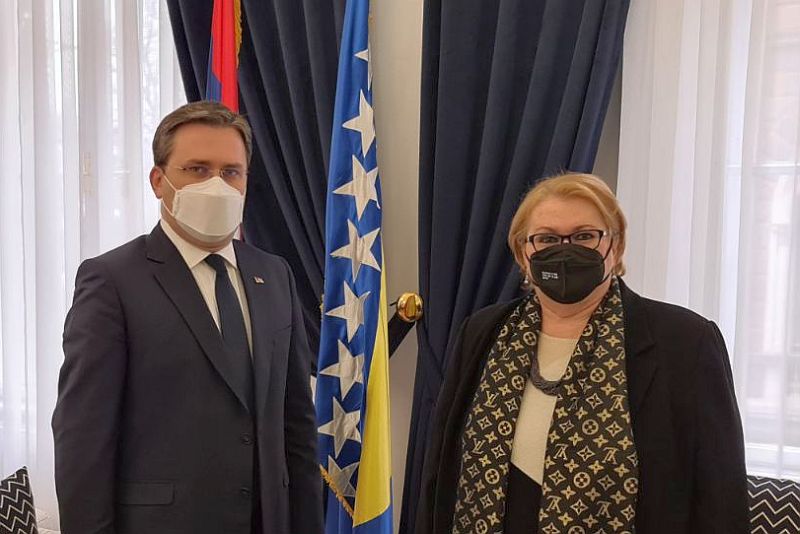