President of Serbia Aleksandar Vucic said tonight, after the session of the National Security Council, that all criminal groups will soon be disbanded, in accordance with the law and the Constitution, justice, morals and needs of Serbian citizens and that all criminals will be where they belong – behind bars.

He announced at the press conference that the dialogue between Belgrade and Pristina should be continued at the beginning of May, but that Serbia "in the entire western hemisphere" is expected to accept the independence of Kosovo.

I just want to say that we will protect national interests and preserve what has not been lost by irresponsible politicians in previous years, he said.

He added that the Serbian side will insist louder and clearer than before on the full implementation of the Brussels Agreement and on the formation of the Community of Serbian Municipalities.

The President said that there was also talk of vaccination.

Serbia has so far ordered a total of 14,832,200 vaccines, he said, and announced that at least another 1.5 million vaccines would arrive in April, and that 2.62 million doses are currently procured.

The President called on the citizens to be vaccinated as much as possible, especially those older than 75.

The President pointed out that Serbia has managed to deal with several criminal groups in the last period, which have committed numerous murders.

A photo material proving the crimes suspected by the criminal group of Veljko Belivuk was broadcast at the press conference.

The recordings of the execution of the acts themselves were not presented, nor the recordings on which the faces of the victims could be publicly recognized.

Vucic also stated that he thinks that the truth about several murders committed in Belgrade in the previous period is known, and the search for evidence is in progress.

Interior Minister Aleksandar Vulin said that the President and members of his family had been wiretapped 1,572 times, illegally and without a legal basis, and that this has been established in the final investigation, which showed that this crime was completely indisputable and that everything related to it was handed over to the prosecution. 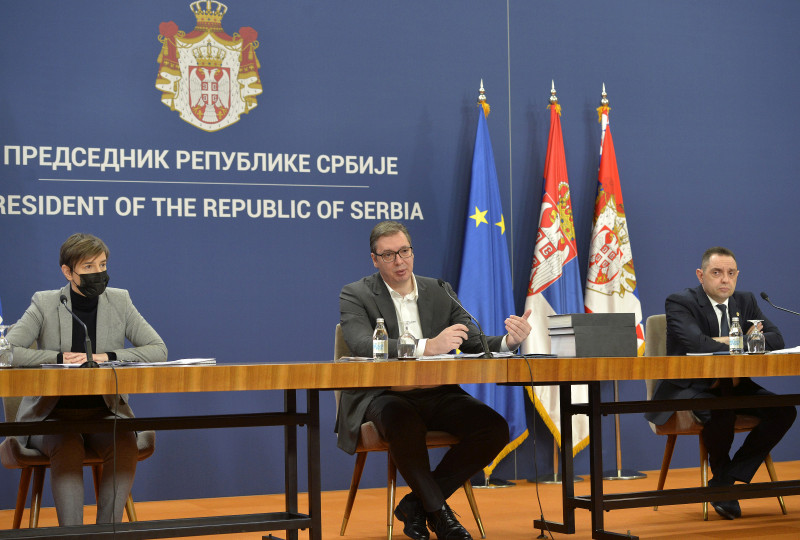