150 suspects arrested for most serious crimes

Deputy Prime Minister and Interior Minister Nebojsa Stefanovic announced today that in the course of an extensive police operation, 150 people suspected of the most serious crimes were arrested in the fight against crime in Serbia.

At a joint press conference with Minister of Justice Nela Kuburovic, Stefanovic explained that it was a preventive action, and that a special emphasis was placed on curbing the gravest forms of crime, that is, on persons suspected of murder, attempted murder and drug trafficking.

The Deputy Prime Minister announced that this action will be carried out continuously.

He announced that the Ministry of the Interior and the Ministry of Justice will, at the session of the National Security Council tomorrow, propose to the Presidents of the Republic and the government amendments to various laws that will enable more efficient fight against crime and the strengthening of sanctions for certain crimes.

He responded to the question of a journalist on the investigation of the murder of Oliver Ivanovic, saying that the shells from Pristina are not original but plastic clones and that, according to experts, there is insufficient good evidence to determine the weapons.

The Deputy Prime Minister pointed out the very bad cooperation with Pristina and EULEX, although Belgrade, as he pointed out, is very interested in identifying the killers and the perpetrators of Ivanovic's murder.

Kuburovic announced that she will be propose reform steps tomorrow in a session of the National Security Council to tighten penal policy in Serbia and make it more effective. 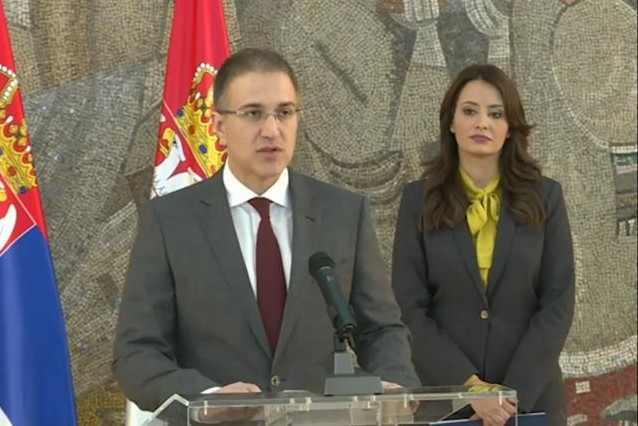