Denial of Kosovo’s entry into Interpol strengthens position of Serbia

President of the Republic of Serbia Aleksandar Vucic and First Deputy Prime Minister and Minister of Foreign Affairs Ivica Dacic assessed today that the denial of Kosovo’s entry into Interpol is a great victory by which our country, in an unequal battle, has strengthened its position in the world.

Vucic said at a joint press conference held after the announcement of outcome of the vote on admission of Kosovo to Interpol in Dubai, that this is victory of a small, defiant and proud country, but that we should not be euphoric about it.

Serbia is not a country that is easy to beat, humiliate and run over, he said, and expressed his gratitude to all the countries that voted against the admission or were abstained, noting however that our country should not base its future on defiance and spite, but rather on a rational approach.

Vucic underlined that our country must strive towards compromise and understand relations in the world, think about its economic progress and must not use this opportunity to humiliate or belittle the Pristina side and all those who were supporting Kosovo with all their might.

The Serbian President called on the Albanians from Kosovo not to take the failure in Interpol as a debacle or defeat, but as a small awakening, and to understand that the world is no longer unipolar, and that the solution lies in dialogue and consultation with Belgrade.

Dacic said that today it has been shown that nothing can be achieved anymore by force and without Serbia, and that it is not enough that some great powers send requests and that everyone rushes to fulfil and support them.

He noted that it is not a time for euphoria and called on Pristina to explain to its people what happened and where are those 116 countries that recognised their so-called independence since 36 votes were missing for their victory at the voting in Interpol. 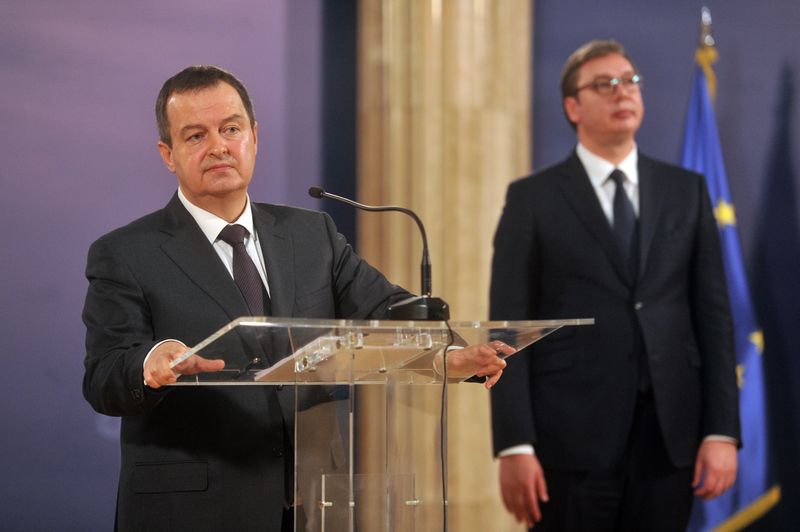