Serbian President Aleksandar Vucic laid the foundation stone today in the Zemun settlement of Soko Salas for the construction of a vaccine factory of the Chinese company Sinopharm, a joint venture of Serbia, China and the United Arab Emirates worth €30 million.

Together with the President, the cornerstone was laid by Chinese Ambassador to Serbia Chen Bo, General and Executive Director of Mubadala and a member of the Board of Directors of Group 42 Khaldoon Al Mubarak and CEO of Emirati technology company Group 42 Peng Xiao.

Vucic said that the Serbian vaccine factory will be one of the most modern, and that its construction is important for Serbia and the entire region, as well as that the Chinese vaccine will be able to be improved and filled with new components in the future.

I am proud that Serbia, in cooperation with China and the UAE, will have a factory that will supply vaccines to the countries of the region and Europe, and that we did not wait for someone else to offer us a solution in the fight against the pandemic, but we manage to address some regional and global problems by ourselves, Vucic pointed out.

He stated that the first plant where Chinese vaccines will be loaded will be built by the end of March next year, and in the second phase, by 2023, a plant will be built where the active substance for the vaccine will be produced.

In the first phase, 180 people will work in the factory, of which 40 percent will be highly qualified staff, and in the second phase, another 100 workers will be employed, he said.

The plan is for the factory to be completed in the first quarter of next year, by which time the filling of the Sinopharm vaccine will be done in Hemopharm.

Minister of Health Zlatibor Loncar also attended the ceremony on the occasion of laying the foundation stone. 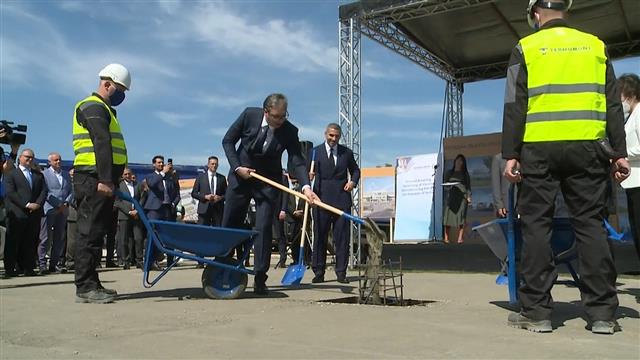