President of the Republic of Serbia Aleksandar Vucic and President of the Russian Federation Vladimir Putin marked tonight, via a video link, the beginning of the production of the Sputnik V vaccine in Serbia, at the Torlak Institute of Virology, Vaccines and Serums.

The button that set in motion the tape from which the vials filled at Torlak will be coming out was pressed by Director of Torlak Vera Stoiljkovic, by which Serbia has become the first country in Europe to produce the Russian vaccine.

Vucic stated that owing to efforts of Russian scientists and with great support from President Putin, we are witnessing today a great step forward that Serbia is making in the fight against COVID-19.

According to him, a generous transfer of knowledge and technologies, which Serbia is the first to receive outside Russia, will have a concrete result as of today - the production of the Sputnik V vaccine in Serbia.

After three validation series, we are now starting an organised serial production of four million doses of the Sputnik V vaccine, Vucic said and congratulated the Russian Direct Investment Fund, the Russian pharmaceutical company Generium and our Torlak on extremely fast and high-quality cooperation.

Addressing the officials, Stoiljkovic pointed out that Serbia was one of the first countries to start immunisation with this vaccine and that thanks to its high efficiency of 96.6 percent, we preserved the health of citizens.

Today, Serbia is among the leaders in Europe in terms of the number of vaccinated citizens,  of whom 30% is fully vaccinated, which is twice the European average.

Apart from Serbia, the production of the Russian vaccine starts in Argentina too, and Argentinian President Alberto Fernandez addressed the public on that occasion. 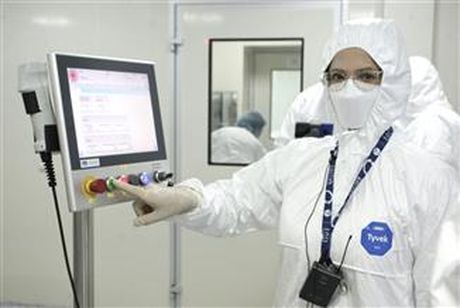