Easing of measures can be considered only after 8 May

Мember of the COVID-19 crisis response team epidemiologist Branislav Tiodorovic stated today that for now it is not possible to talk about any easing of measures, but that it will probably be considered after 8 May, if the number of newly infected people decreases rapidly, and the measures are respected.

In a statement to the press after the session of the crisis response team, Tiodorovic pointed out that one can talk about relaxation when the numbers drop below what they are now.

If we continue like this and if the number of newly infected people decreases rapidly, if all measures are respected, we will probably think after 8 May that the measures will be gradually eased, he said.

According to him, that also means that the closed parts of the catering facilities will be able to work, but with 50 percent of the capacity.

Let's wait for the holidays to pass. When they pass, it takes 10 to 14 days to assess whether there will be an increase in diagnosed infections, and even diseases, the epidemiologist stated.

He called on the citizens to be disciplined during the upcoming holidays, to avoid the scenario we had for Sretenje and pointed out the importance of vaccination.

He also announced that a big campaign of vaccinating young people will start on 15 May, so that they would have the opportunity to visit festivals, such as Exit, saying that vaccination is a decisive step towards stopping the disease.

According to him, over 90 percent of the patients who are in COVID hospitals today have not been vaccinated.

According to him, the largest number of those who were vaccinated passed with a mild clinical picture, even though they became ill, and that is why the message is clear – vaccination is necessary.

The epidemiologist also announced that vaccination will now focus primarily on the working active population, since the elderly population is protected by the vaccine, explaining that the response of that part of the population is weak and that an active attitude towards large companies and large systems is necessary. 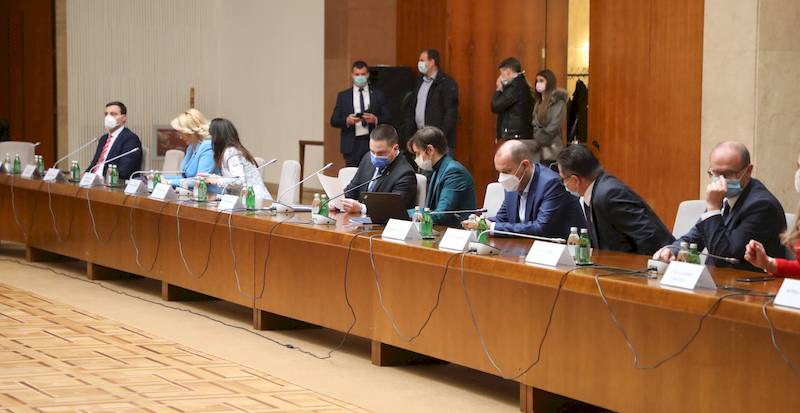