Serbia praised for measures taken in fight against coronavirus

Minister of Health Zlatibor Loncar talked today with World Health Organisation (WHO) Regional Director for Europe Hans Kluge about what Serbia has done in the fight against coronavirus over the past year.

In a statement to the media, after the meeting, Loncar stated that he reached an agreement with Kluge that immunisation is currently the number one priority, noting that Serbia has committed itself to making all its resources available to the WHO and helping to do so throughout Europe.

The Minister said that our country will also contribute when it comes to mental health, which is impaired due to the duration of the pandemic, and in helping people who are facing it.

As he reported, the WHO is not in favor of covid passports, but recommends covid certificates – the best digital ones, which will contain data on vaccination, but not in order to create obstacles, but for analysis.

At the same time, the Minister announced that he and Kluge would visit the WHO-funded vaccine warehouse at Torlak.

Kluge praised the Ministry of Health, the government of Serbia and the entire leadership of our country for all the measures taken to deal with the coronavirus.

He reminded that two new hospitals were built very quickly, especially for covid patients, as well as that a third one was being built, emphasising that thanks to that, a relatively low mortality rate was maintained in Serbia.

From the very beginning of the pandemic, salvation has been in solidarity at the national level, but also at a wider level, said Kluge, expressing gratitude to Serbia for donating vaccines to neighbouring countries.

At the same time, Kluge expressed concern that new strains of coronavirus are spreading in the European region, saying that vaccines also affect those strains, but that it is necessary to speed up the immunisation process. 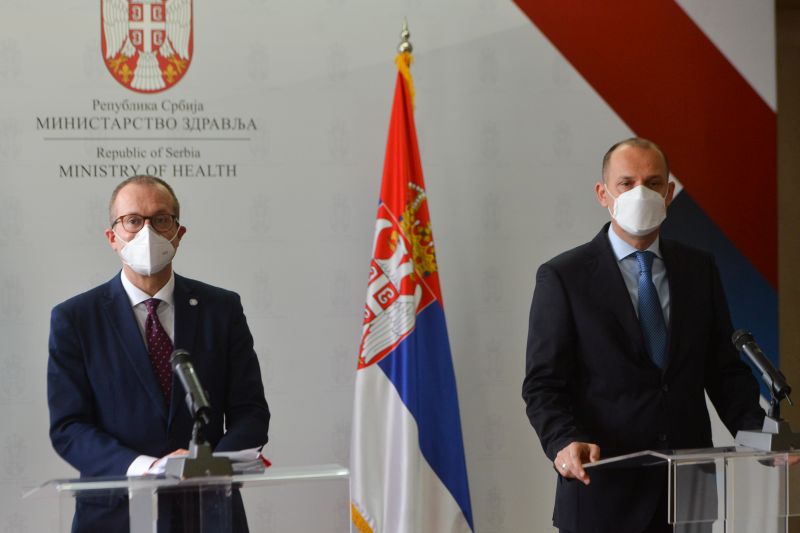