Regime of entry into Serbia has not been changed

Prime Minister Ana Brnabic stated today that the news which appeared on some media that it was decided that the citizens of Serbia, upon returning from Montenegro, Albania, Bulgaria, Bosnia and Herzegovina, North Macedonia and Hungary must provide a negative PCR test is not true and underlined that the regime of entry into Serbia has not been changed.

In a statement for TV Prva, Brnabic reiterated that Serbian citizens can always return to their country. Those who have been vaccinated, i.e. revaccinated, can enter without a negative PCR test, i.e. only with a confirmation of revaccination.

When it comes to the AstraZeneca vaccine, only one dose is enough, a revaccination is not required.

The Prime Minister said that the citizens of the countries of the “Mini Schengen”, that is, North Macedonia and Albania, do not need a negative PCR test to enter Serbia.

The same applies for the citizens of Hungary and Bulgaria, for whom this measure has been abolished due to reciprocity, given that a large number of citizens is crossing the borders and the idea was to make their life and work easier, Brnabic said and added that for the citizens of these countries the measure of self-isolation is also not required.

The Prime Minister expressed her belief that life in Serbia could return to normal by July, with an increased immunisation expected in the coming period.

Until now we have given 2.6 million vaccines, about 1.5 million citizens have received at least one dose, that is 26 percent of the population. We have 1,086,286 revaccinated people, which is about 19 percent of the adult population, Brnabic explained.

She added that Serbia did not need to introduce strict measures, like the West, thanks to the vaccines.

We will follow the trend of Israel, Great Britain, the United Arab Emirates, but we need a little more time. We expect 40 percent of citizens to receive at least one dose by the end of April, and in July we will return life to normal, I hope. About 80,000 people who applied for vaccination in January and February, and are not a priority category, have still not been given appointments for vaccination. We believe that we will vaccinate about 300,000 people in the next seven days, so they will also receive a call very soon. We always make appointments according to priority groups, Brnabic stated.

The Prime Minister confirmed that another 106,470 doses of Pfizer vaccine and 500,000 doses of Sinopharm vaccine should arrive in Serbia tomorrow, and added that vaccination of citizens from the region will not continue at this moment, but that Serbia will continue helping them in the future.

We have all the vaccines on offer – Pfizer, Sinopharm, AstraZeneca, Sputnik V, the situation is good. A better epidemiological situation will enable to partially open bars and restaurants as of Monday.

Bars and restaurants will be allowed to open their gardens and everything will be open until 22.00. We will relax measures a bit, but not too much. We have quite good indicators for the weekend, the number of new coronavirus cases has dropped, so everything is going well for now. The number of confirmed cases is dropping slowly and that is a good trend, Brnabic concluded. 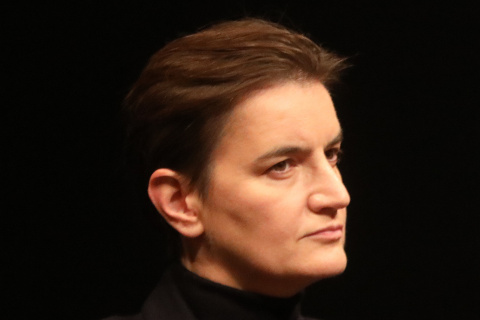