Director of the Office for Information Technologies and Electronic Administration Mihailo Jovanovic announced that more than 22,000 foreigners were vaccinated in Serbia in three days, on Thursday, Saturday and Sunday.

In a statement for the Serbian Radio and Television (RTS) last night, Jovanovic explained that they came at the invitation of the Serbian Chamber of Commerce or applied themselves through the eGovernment portal, and received the AstraZeneca vaccine.

According to him, our country thus held a class of humanity and solidarity.

He pointed out that the queues for vaccination were formed on Saturday, because the foreigners who received the invitation for a certain period of time came all together at the same time in the morning.

Therefore, a message was sent to the region immediately on Saturday that all foreigners who did not receive an invitation do not come to Serbia and to register in advance through the eGovernment portal, after which they will be invited.

The vaccination of foreigners did not interfere in any way with the immunisation of our citizens, because in the same period more than 28,000 of our citizens were vaccinated, with the vaccines Sputnik V, Sinofarm and Pfizer, Jovanovic specified.

He added that the citizens of Northern Macedonia, who came to Nis on Sunday without an invitation, were not returned, but were vaccinated in the Cair hall. 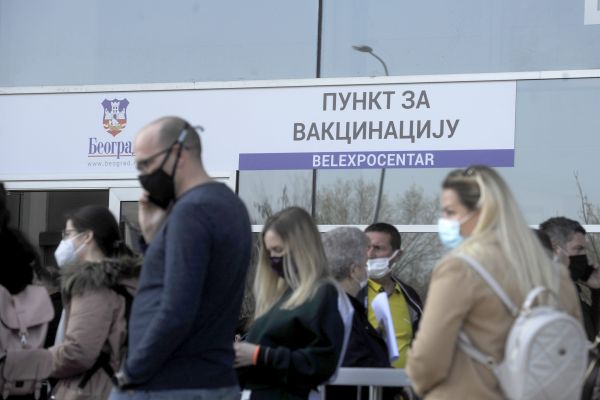