Tighter measures against coronavirus in force until Monday

Prime Minister Ana Brnabic stated that in order to prevent the spread of coronavirus, from tomorrow until Monday, 22 March everything will be closed in Serbia, except for food stores, pharmacies and gas stations.

After a session of the COVID-19 Crisis Response Team, Brnabic said that there will be no curfew or complete ban on movement.

She said that kindergartens will stay open, while students in the lower grades of primary schools will probably switch to online classes from Monday for at least a week.

The Prime Minister stated that the PCR testing capacities in Serbia will be increased tenfold, as well as that a concrete plan for testing everyone who enters our country will be adopted by the beginning of next week, and how this will be implemented.

We intend to increase the testing capacity, especially at the borders, so that all those who enter are tested, she explained and noted that a plan is currently being made about that, and the public will be informed in a timely manner.

Brnabic added that all restaurants and cafes in ski resorts will be closed, except in hotels, where they will be open for guests only, stating that inspection controls will be intensified.

The Prime Minister said that she sent a request to Serbian President Aleksandar Vucic to use his influence again and ask the partners from China to send us additional quantities of the vaccine earlier.

According to her, an additional consignment of 500,000 vaccines was supposed to arrive in early April, but we will do our best to have it by the end of March in order for the vaccination trend to continue.

She recalled that 16,380 vaccines of the company Pfizer were delivered to Serbia yesterday, an additional consignment of 60,000 doses of this same manufacturer will arrive on Monday and new quantities of the Sputnik V vaccine by the end of this week. 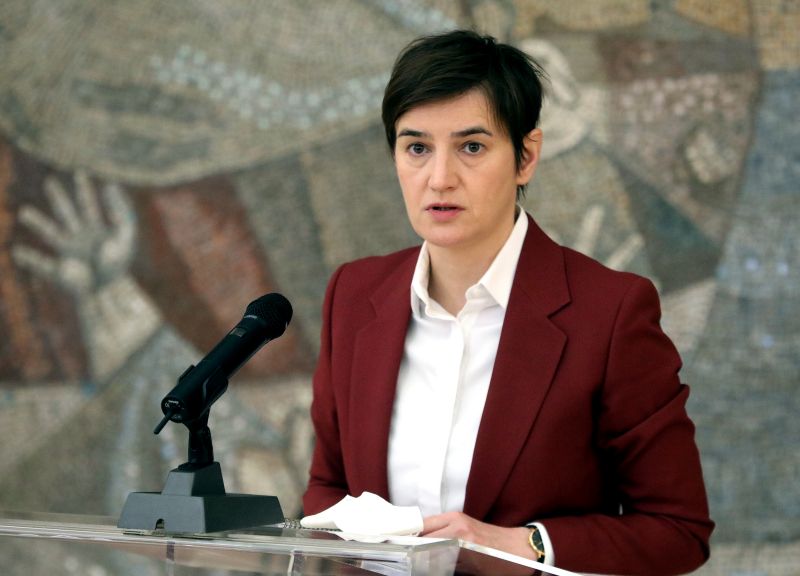