Another 500,000 doses of Chinese vaccine to arrive in Serbia tomorrow

Addressing the press after a video summit of China and 17 countries of Central and Eastern Europe, Vucic said that 125,000 to 150,000 AstraZeneca vaccines should arrive in Serbia by 20 February, for which a contract has been signed and recalled that this morning an additional 50,000 first doses of the Russian vaccine arrived in Serbia, whereas the second doses will arrive in 15 days.

By the end of February we will have a total of two million doses of vaccines, with which one million citizens will be inoculated, Vucic underlined and added that this speaks about great work and effort of all those who have taken part in this process.

The president said that the most important news for the citizens is how and in which way vaccines are procured, because the vaccine means the progress of the economy and the future.

We are going for further mass vaccination of people, and only revaccination guarantees that you will not have the most severe consequences, Vucic said and expressed gratitude to Chinese President Xi Jinping and Russian President Vladimir Putin for their support and help that they provided as friends of Serbia.

He said that the Chinese president confirmed his arrival in Serbia and presented a fact of which he is especially proud and that is that our country has increased exports to China as much as 50 times over the last 10 years.

Vucic announced that a new package of assistance to the economy will be presented to the public in the coming days, on Thursday or Friday, as well as that it will cover large companies, as well as the tourism industry.

During last night's conversation, I asked Prime Minister Ana Brnabic and Minister of Finance Sinisa Mali to include large companies in the aid package, all except banks and financial institutions, Vucic said.

He explained that this means that, in addition to the general aid and support, three times 50 percent of the minimum wage for small and medium-sized enterprises will also be paid to large companies, except for banks and financial institutions.

Vucic said that he also asked the prime minister and the minister of finance to give special sector assistance, i.e. one more full minimum wage, to tourist workers, tourist agencies, hoteliers and tourist guides. 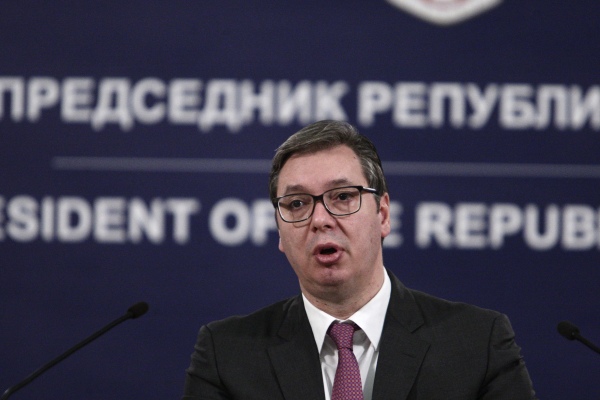